Among many other goodies, the much-anticipated 20th anniversary reissue of Nirvana's In Utero will include a DVD of the band's performance in Seattle on December 13, 1993. Originally filmed for MTV, this footage includes a raucous performance of "Scentless Apprentice" that you can now view courtesy of Nirvana's Facebook page.

If you're like us, this video will make you furious that you never got the chance to see Nirvana perform live. If you did, we're eternally jealous. Between Dave Grohl's furious drumming, Krist Novoselic's rich bass tone and Kurt Cobain's dissonant guitar soloing, "Scentless Apprentice" sounds better than it ever has in this video. The band's chemistry is immediatly apparent, as the performance is loose and fun while still retaining the structure of the song's studio version.

Fittingly titled Live and Loud, this concert DVD will also be released by itself, which is great news if you don't have $125 to shell out on the "super deluxe" In Utero reissue. Check out all of Zumic's coverage of In Utero's 20th anniversary here. 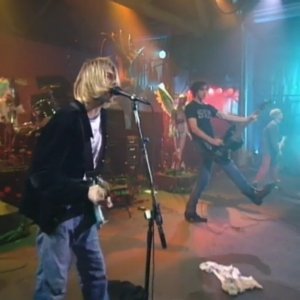 "In Bloom" - Sturgill Simpson (Nirvana Cover) [YouTube Official M...
Music Alt Country Grunge Nirvana Sturgill Simpson Kentucky Nashville, TN Official Music Video
1
1501
Back to top
You must be logged in to upvote.
Registration and login will only work if you allow cookies. Please check your settings and try again.