Last night on The Pete Holmes Show, Holmes sat down for a conversation with Schoolboy Q. The late night host and the Oxymoron rapper have a funny chemistry dating back to another hilarious interview in December. When Schoolboy performed on Conan a few months back, Holmes visited Q's green room for a chat. The result was pure comedy.

Sometimes too-cool-for-school in his interviews, it's great to see the gangster rapper come out of his shell and joke around with Holmes. In the video Holmes gives Schoolboy a present, and spitballs new names for the rapper's crew. The two discuss their famous friends, and Q gives Holmes tips on hosting his show. Sadly Holmes won't have much longer to utilize these pointers, as the The Pete Holmes Show will be taken off of TBS next Wednesday due to low ratings.

For all Schoolboy Q music, news, and videos check out his Zumic artist page. 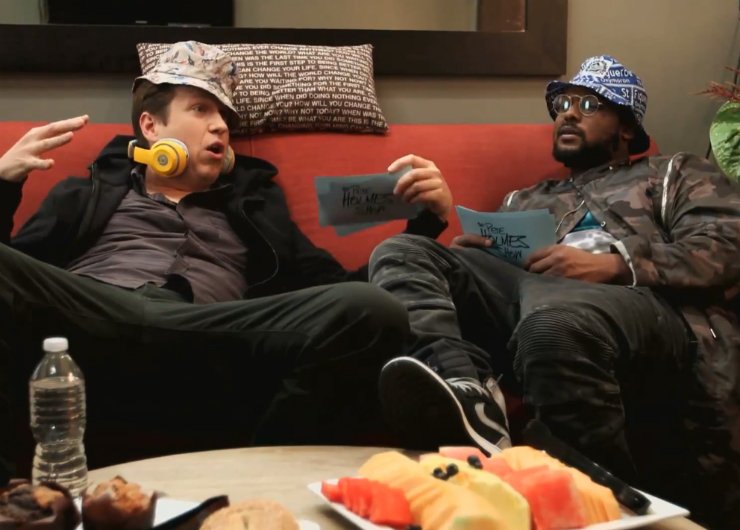