Schoolboy Q Talks About His Gang Affiliations, Lack of Hits and Hatred of Media with Elliott Wilson [Videos]

Last week, Schoolboy Q sat down with Elliott Wilson for the first of Wilson's CRWN series of interviews in 2014. The 50 minute interview has been split into two parts, both available to watch below. The first section touches on the origins of Q's name, his daughter's place in his music and the origins of Oxymoron's guest spots, as well as many other interesting tidbits.

In the interview's second part (below), Q discusses his drug use, writer's block and the future of the Black Hippy crew, which is composed of Q, Kendrick Lamar, Ab-Soul and Jay Rock.

Overall, the interview offers a very in-depth look into both Q's life and the recently-released Oxymoron. Some of most interesting moments deal with Q's high standards, both for himself and other rappers. Lots of that comes from his daughter, Joy, who Q says "inspired" his new album and drives him "to go harder" every day. His drive leads him to call "Collard Greens," a song that charted on three different Billboard charts, a commercial "dud," and believe that he has made no hit songs to date.

These high standards also apply to Q's peers in hip hop, many of whom piss Q off with their "thirsty" mentalities. Wilson lists Mac Miller, Earl Sweatshirt, Danny Brown and others as rappers Q is tight with, and asks Q what he looks for in his rap friends, to which he responds: "niggas that's not media whores." This leads him into a tirade against modern media's click-baiting ways, saying, "Media's stupid, if it was up to me, I would never do that shit." That's a pretty bold statement to make during an interview, but Wilson and Q laugh it off amicably.

You can stream Oxymoron right here on Zumic, and for more on Schoolboy Q, head over to his Zumic artist page. 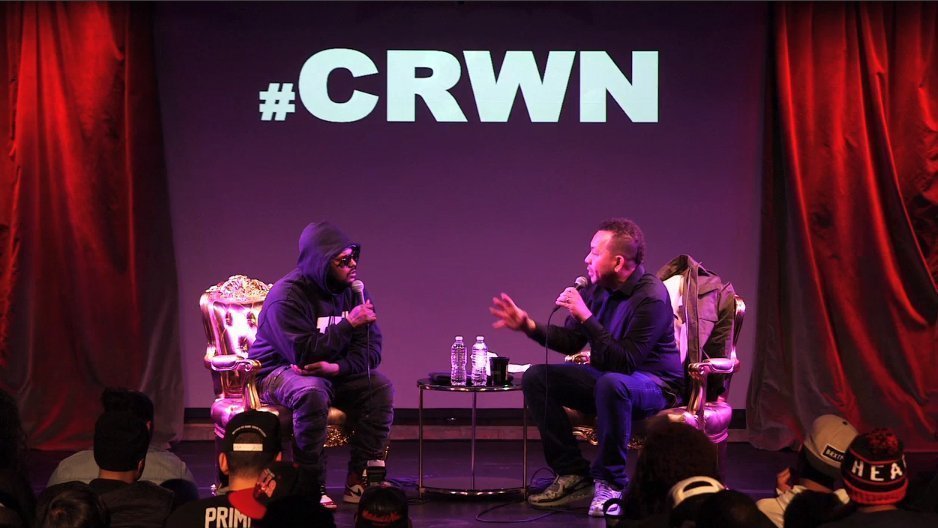