Brooklyn-bred indie rock band TV On The Radio have released a brand new album titled Seeds. Listen to the whole thing above on Spotify.

The album opens with a heavenly arrangement: angelic voices over repetitive clapping make up "Quartz." Singer Tunde Adebimpe's unique vocals chime in and sing the refrain, "I should really give it up some time."

"Careful You," an album single, is much more electronically-driven than their previous work, but it's an enchanting nod to '80s synth pop. Things pick right up with "Could You," a sunny, carefree anthem about letting go of pride and opening yourself up to love. Awww.

As the album's first single, "Happy Idiot," is pure, classic TV On The Radio with its dancey tempo, groovy guitar riffs, and upbeat drumming. Once again, Adebimpe reminds us why ignorance is bliss.

Things turn way down with "Ride," which begins as an instrumental piano ballad that feels both haunting and spiritual, before unfolding into a feel-good toe-tapper. "Right Now" brings the album right back up to speed, followed by the raw and fuzzy "Winter," which combines buzzing guitars and synthetic drum beats.

The final, titular track, "Seeds," is more synth pop bliss, with a multitude of backup vocals reminiscent of a church choir -- but with extraterrestrial sonic additives. 'Twas a long and varied journey.

The entire album is solid and catchy, caught somewhere between classic guitar-based indie rock and the more contemporary electronic indie pop that's been making waves. It's the sixth full-length album to enter their catalog, and it's one of their proudest moments to date. Frontman Tunde Adebimpe stated in a press release:

We've been through a lot of stuff in the past few years that could have stopped the band cold, but I'm glad we got it together and took stock of the unique connection we have between each other because the record is, 1,000 percent, without a doubt, the best thing we've ever done.

Seeds is officially due out on November 18th via Harvest Records. Pre-order it now on Amazon (Vinyl, CD, MP3) or iTunes.

For more TV On The Radio, check out their Zumic artist page. 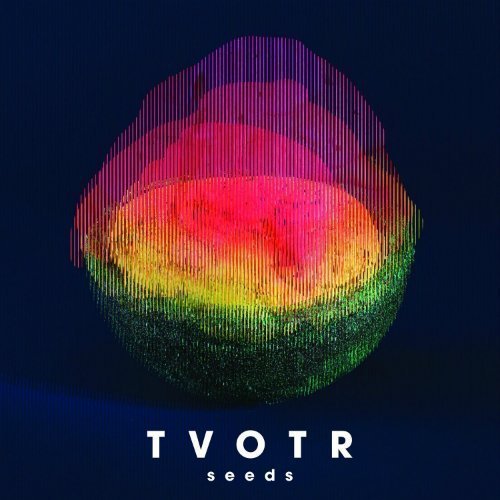 TV On The Radio 2015 Tour Dates & Ticket Sales
News Electronic-Rock Indie-Rock Psychedelic TV On The Radio
1
708
Back to top
You must be logged in to upvote things.
Registration and login will only work if you allow cookies. Please check your settings and try again.