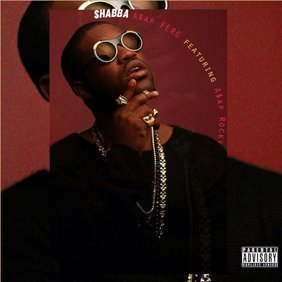 This morning A$AP Ferg released a new song from his forthcoming album called "Shabba," which is a tribute to reggae artist Shabba Ranks. Ferg references the artist frequently in the song with reggae undertones in the track and choruses boasting "one gold tooth like Sha Shabba Ranks."

Harlem rapper A$AP Ferg is the latest member of A$AP mob to try and make it in the big leagues. And, with a mixtape set to come out in August, Ferg is trying to go hard.

On this track Ferg collaborates with fellow A$AP mobber A$AP Rocky, and gets producing help from Funkmaster Flex. "Shabba" doesn't really rev up until about half way through the song but, once it gets going, it goes strong.

You can tell that Ferg has been putting in some extra effort since he signed a $1.5 million dollar record deal with RCA Records/Polo Grounds Records in January. According to Rap Basement A$AP Ferg is the first member of A$AP Mob to sign a solo record deal with a label.

Take a listen to "Shabba" above. A$AP Ferg's debut album Trap Lord will be out on August 20th.