Sharon Jones & The Dap-Kings swung by the studio at CBS This Morning to perform a few songs from their new record, Give The People What They Want. You can watch the videos below.

The band kicked things off with "Stranger To My Happiness," one of the strongest tracks from the new record. Bolstered by her back-up singers, Jones belted out the track with incredible precision, especially for a show airing early in the morning.

Jones continued the set with "You'll Be Lonely," another soulful tune about love turned sour, a cautionary tale about the dangers of betrayal. Midway through, the trumpet player took a short solo and his horn sliced through the mix before the saxophones joined him and they brought the song back to its verse.

Jones ended the show with a web-exclusive performance of "Now I See," another song in fitting with the theme of disloyalty. The band nailed the performance and Jones' emotional display brought their set to a close. Watch all the videos above.

Give The People What They Want was released January 14th on Daptone Records, and you can stream the whole thing for free right here on Zumic. For more news, music, videos, and upcoming tour dates, check out Sharon Jones & The Dap-Kings' Zumic artist page. 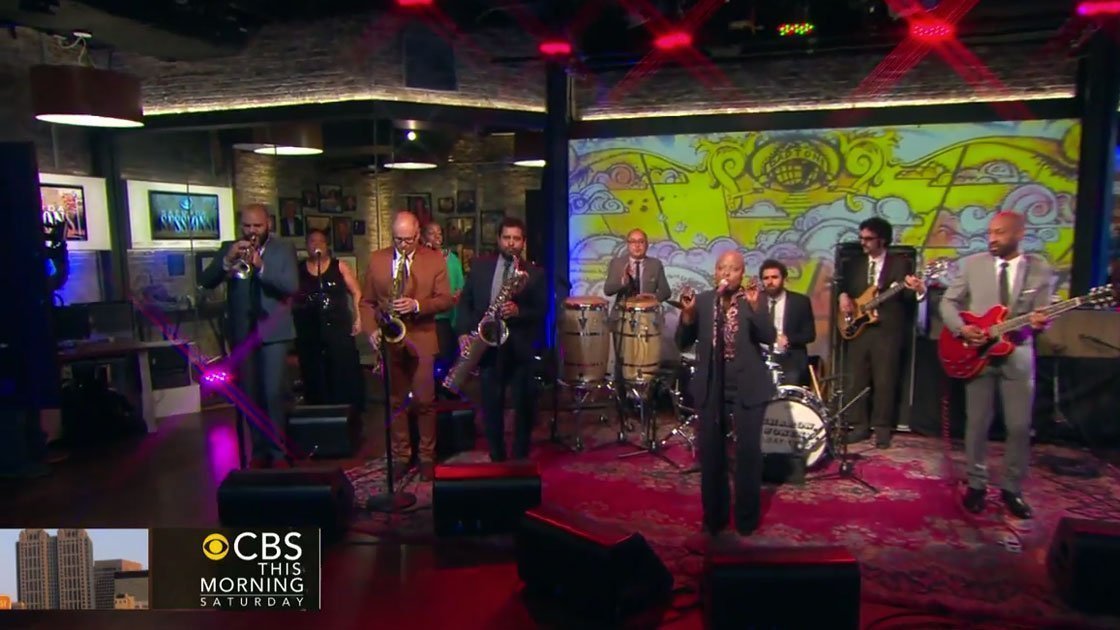