Following up their lead single, "Fugitive Air," of Montreal's newest release is "She Ain't Speakin' Now," off their upcoming 12th studio album. The track opens with a gentle, '60s style pop, backed by calm strumming, sliding guitars, and sweet harmonies. The chorus shifts to harder guitars and strong drum beats with edgier vocals. "She Ain't Speakin' Now" is dynamic, switching off between the soft verses and louder choruses in a way that holds the listener's attention.

Frontman Kevin Barnes described the inspiration behind the song to Rolling Stone:

I wrote the song when both my wife and daughter were bedridden with a terrible illness. It was during the middle of our recording sessions for Sylvianbriar, so I was pretty paranoid about catching what they had. I would sort of hold my breath whenever I was near them. I wrote the song while fearing the worst. Fortunately, they both recovered.

"She Ain't Speakin' Now" comes from of Montreal's upcoming record, Lousy With Sylvianbriar, out on October 8th. The album can be pre-ordered on Polyvinyl Records now. You can also catch of Montreal on their North American tour this fall. Check out specific dates and buy tickets on their official website. 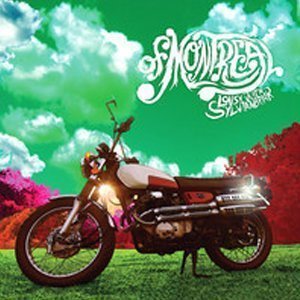