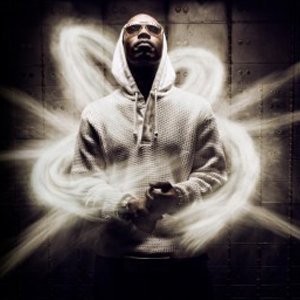 Juicy J released a new song late last night called "Shootin." The newest Juicy production feels like a party boat out to sea. On it, we ride along with dolphins, guns, drugs, coffins, and Wiz Khalifa, but definitely no golf. This is a trippy ride of a track that takes us into a drug-induced world of ignorance and inflated self-confidence that we never really wanted to visit.

Though we do have to thank the Juicemaster for lines like, "put a hole in yo' head like a dolphin." Well done, sir.

Juicy J's newest album Stay Trippy is supposed to be out in August, but after a number of delays, nothing is set in stone. J recorded over 80 tracks when making Stay Trippy, according to Under The Gun Review, and only 12 tracks made the final cut. "Shootin" was not one of them, and we can see why.

With many more of these album leftovers in cold storage, there may be more unexpected releases on the way. J reportedly has no plans for a mixtape at this time.