Legendary new wave band Depeche Mode have shared a live clip from their upcoming Live In Berlin DVD that chronicles the band's concerts at the O2 World arena during their 2013-2014 Delta Machine Tour. Watch their performance of "Should Be Higher" above via YouTube.

The dark and mysterious song features special effects of embers and men playing with fire on a screen behind the band. Singer Dave Gahan struts around the stage as he passionately sings to the crowd. Towards the end, Gahan engages the crowd and leads them into a "love" chant that echoes all around. This clip is a great taste of what to expect on the DVD, with high production value and engaging performances.

Depeche Mode Live in Berlin was directed by the band's longtime creative collaborator, filmmaker Anton Corbijn, and filmed on November 25 & 27, 2013. The 2 CD / 2 DVD / 1 Blu-ray box set will be out November 17th, and is available for pre-order on Amazon. 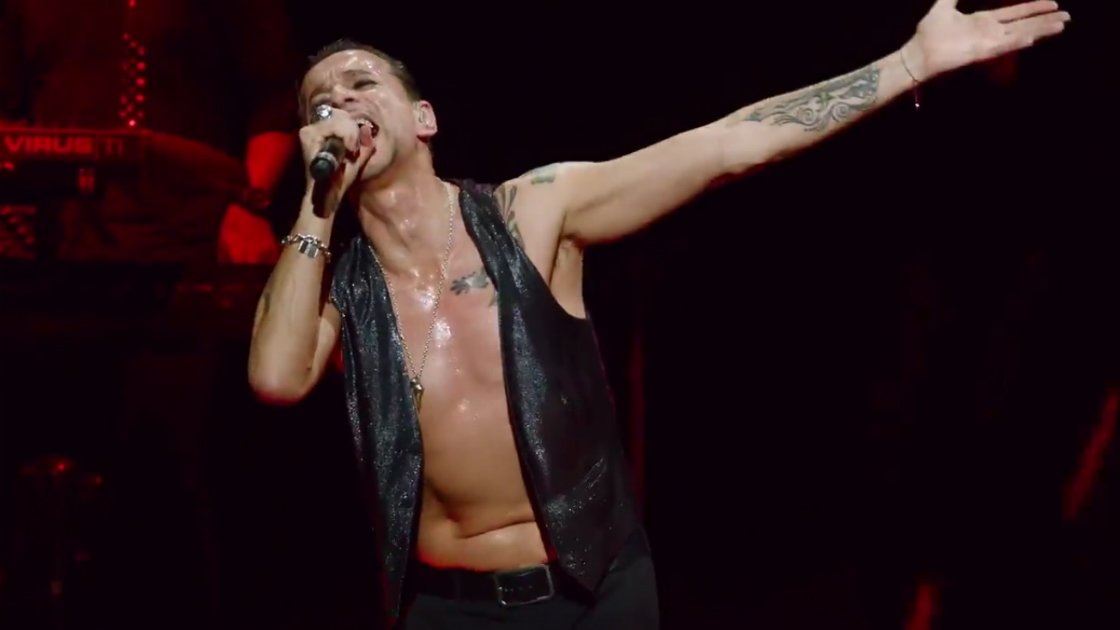 "Heroes"
Depeche Mode (YouTube)
Music Electro Rock Electronic New Wave David Bowie Depeche Mode England
1
1671
Back to top
You must be logged in to upvote.
Registration and login will only work if you allow cookies. Please check your settings and try again.