Danny Brown is riding high (possibly both figuratively and literally) off all the positive reviews his new album Old have garnered. Now, on the day of its official release, he's shared the video for "Side B (Dope Song)" with us.

Kicking off the more rowdy, club-ready second half of Old, "Side B (Dope Song)" boasts a gargantuan beat from Scottish trap producer Rustie, and rapping that even further revs up the track's intensity. Not since Gravediggaz' "Bang Your Head" has a hip-hop track seemed to demand this level of aggressive physical participation; Danny Brown even bangs his head in the video. No wonder Juggalos love him.

You can buy Old on Fool's Gold's website. There's no vinyl edition yet, but it's apparently in the works. 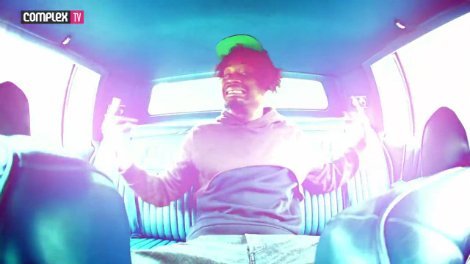