Ben Folds Five recently reunited and released a new album entitled The Sound Of The Life Of The Mind. The official music video for the record's first single "Sky High" revolves around the band telling a cute young couple's love story. In "Sky High", a slow ballad, Ben Fold sings about a relationship on its way out and reminisces the good times under the blue sky in the video. 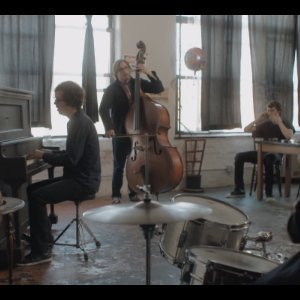