Those unfamiliar with Slim Cessna's Auto Club have some catching up to do. The band is hard to pin down, but gothic country gospel seems to sum it up nicely. No matter what it is, it's amazing. Their 20+ year career has seen them mature to the point where they can cover the most thematically dark material in a way that leaves you feeling lifted up. Their records are beautifully recorded and orchestrated, but their live shows are beyond incredible. This band is a must-see for any music fan. Period.

As a Colorado boy, I've seen these guys perform more than a handful of times over the years, but until this past Tuesday I hadn't seen them in New York. They played at Santos Party House in Manhattan and carried the energy from Colorado. They did not disappoint.

The show began a bit early by New York standards, at a little bit after 8. Opening up the show was The Sterling Sisters out of Baltimore. Fronted by Slim's son George Cessna, the band was a very welcome surprise. Stylistically, they were a bit like the Auto Club, except with a touch more rock and roll edge from time to time. Their songs were mature, complex, and well written. George did most of the singing, but was backed by Scout Paré-Phillips, whose bass playing and operatic vocals lent a great deal more depth to the performance. The drums and the drone of the banjo allowed a degree of freedom for George's bare-bones guitar style, which could turn distorted and furious at any given second. They're definitely a band to watch, and I'm excited to see them venture out on their own. Check 'em out here and be sure to support them. This was the first of what I'm guessing will be many tours for them. 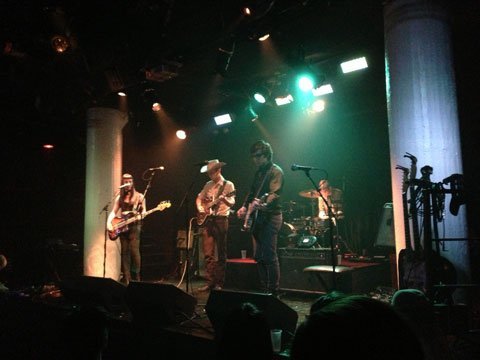 Slim and the Auto Club took the stage to the excited roar of the crowd and burst into the high-energy Americadio. I was thrilled to see so many New Yorkers singing right along with every word. The country singalong nature of a Slim show apparently translates well everywhere. 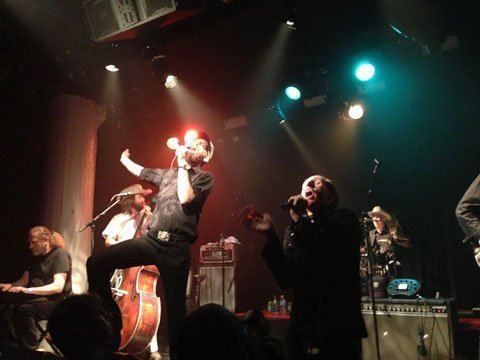 The band is fronted by Slim Cessna and Munly Munly, a duo whose love and energy is palpable. Their performances lead the crowd in a strange form of prayer, in which they testify about Jesus Christ's lost way. The good Reverend Dwight Pentacost carries most of the weight in the string department, alternating between banjo and a double-necked guitar with a Jesus/Virgin Mary pickguard. (Yes, both Jesus and the Virgin Mary. It's hard to explain. Go see a show.) Since I last saw them, they've acquired a few new members, including Danny Pants, their longtime recording engineer Robert Ferbrache, and Todd Moore, all of whom played more than admirably. 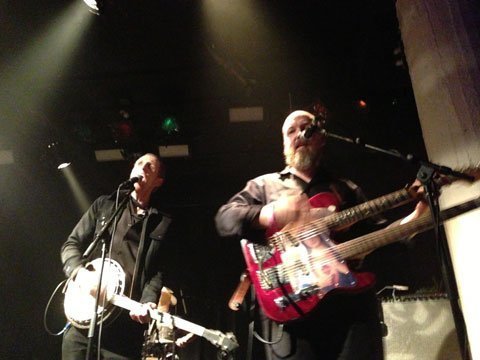 They coursed through songs from every era, Slim and Munly playing off each other with visible comfort and ease. There was a time or two a smile even sneaked across Munly's face, which doesn't seem to happen very often. They may have been road-weary from being on tour, but you could never tell. It's hard to describe the way a room feels during a Slim show, but imagine a church full of people speaking in tongues. It's like that, except fun. 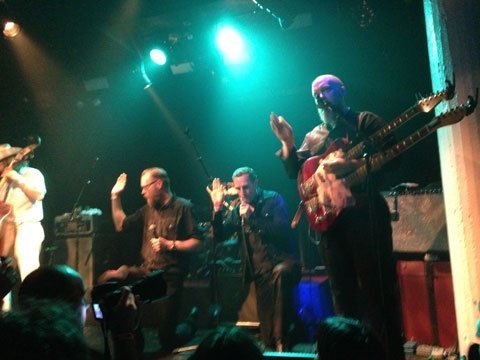 Perhaps my favorite moment of the show, aside from Slim ascending back to the stage on the hands of the crowd (video above), was the crowd singing along to "He, Roger Williams." Outside of the Auto Club, there is no other world where you can see such a happy bunch of people belting out an ode to the founder of the First Baptist Church. There's a darkness below the surface of the song, though, that tells the story of converting Native Americans to Christ. The lyrics "wash away our redness, purify our skin, all so we may be a puritan" take on a sinister air when you know what it's about, but it doesn't stop the song from being helplessly catchy. 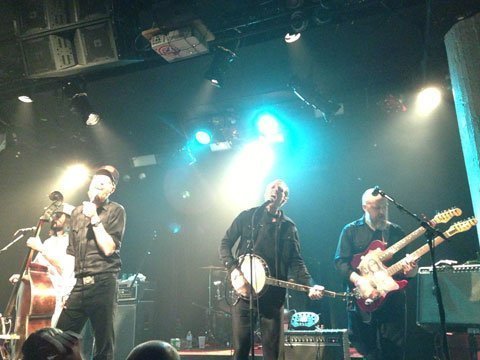 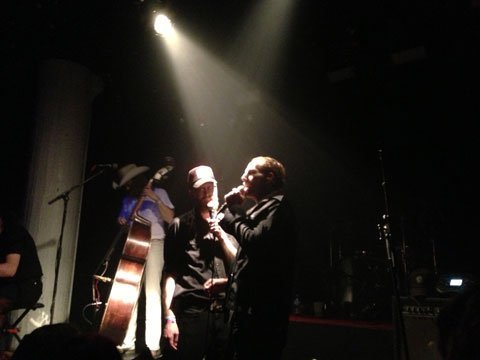 Full setlist for the show:

Buy their records through Alternative Tentacles and get The Sterling Sisters music via Bandcamp.