19 year old phenom Jake Bugg has released the 2nd single "Slumville Sunrise" from his upcoming album Shangri La. Listen above. The first single was "What Doesn't Kill You," which got a music video treatment.

The riff-heavy tune continues Bugg's evolution of high energy roots rock with a heavy blues influence while staying away from a traditional twelve bar blues. It's really more of a skiffle, which was all the rage in England when The Beatles were honing their chops. The guitar parts sound great and there's a cool country train drum beat that kicks in during the chorus. There's also some modern punk edge, with his sneering vocals and super-fast playing. Jake Bugg has only released one full album so far, but he's earning high praise internationally with his skill as a musician, singer, and songwriter. It's nice to see young gun-slingers like him forging their way in the music world.

Shangri-La was produced by Rick Rubin at his studio in Malibu, California not coincidentally called Shangri-La, and features Chad Smith from the Red Hot Chili Peppers on drums. Check out more information about the recording process with pictures of the guys working in the studio, here on Zumic. 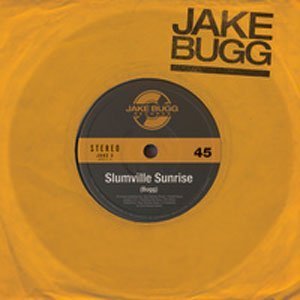 "Love, Hope and Misery" - Jake Bugg [YouTube Official Music Video...
Music Indie Pop Jake Bugg Nottingham, GB Official Music Video
1
788
Back to top
You must be logged in to upvote things.
Registration and login will only work if you allow cookies. Please check your settings and try again.