Raekwon has remixed Drea's "So Good," adding two great verses to the track. The original version by the New Jersey singer did not feature a rap portion, but Raekwon's addition makes the song even better. Having a hard knocking production, the "So Good" remix blends R&B with hip-hop into a perfect combination.

"Want to wrap you with something that's nice, we fly the weekend," Raekwon spits, detailing his admiration for his girlfriend. Drea's vocals are perfect on the track, as she sings in a low, soft tone that makes it a smooth listen to the ears. "I can't get you off of my mind...I'm a take my time," she croons over the '90s sounding beat.

As Enter the Wu-Tang (36 Chambers) just reached the 20 year anniversary of its release, Raekwon and the rest of the Wu-Tang Clan are currently in the studio recording their next album. Stay tuned for that project, and watch this hilarious video of Raekwon and Ghostface Killah with Regis Philbin, here on Zumic. 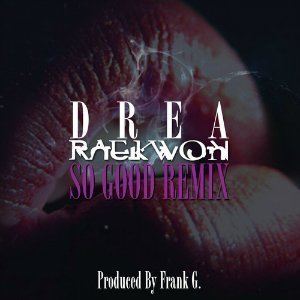