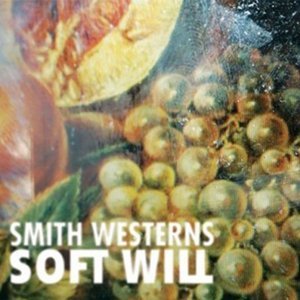 NPR First Listen has posted an exclusive stream of Soft Will, the yet-unreleased third album from Chicago rockers Smith Westerns. It's due out on June 25th. The album has a polished, spacey feel, with shimmering, echoey guitars, hazy vocals, and laid back rhythms. NPR's Stephen Thompson calls the album "a summery jangle that's hugely ingratiating." Give the album a listen and judge for yourself.

Smith Westerns have come a long way since they first burst onto the Chicago garage rock scene circa 2008. They began as a group of teenagers playing house gigs in the Windy City, but have since gained valuable experience both in the studio and on tour. Their self-titled and basement-recorded first album was a little rough around the edges, but showed promise and a wide range of influences, from The Black Lips and T. Rex to David Bowie. They moved toward a more polished and upbeat sound in their second album, Dye It Blonde, which featured prominent keyboards and fuzzy guitar hooks. Soft Will continues Smith Westerns's trend toward the cleaner and more upbeat, and represents yet another stage of growth for the young band. You can purchase their music on Amazon or iTunes.