The Strokes' rock hit "Someday" gets a jazz makeover in this brand new video from Scott Bradlee's Postmodern Jukebox, featuring Cristina Gatti on vocals. Hit that play button for five minutes of magic.

On the YouTube page, the band describe the song and the Casablanca connection:

Cristina Gatti is back, bringing her timeless voice to our version of The Strokes' "Someday" -- remade as though it was played in Rick's Café Américain from the 1942 film, Casablanca, After all, the lead singer of The Strokes *is* named Julian Casablancas...

Very clever! The Strokes' "Someday" was released on their 2001 album, Is This It. At the time, it was a breath of fresh air for the rock world, with fuzzy vocals and garage sensibilities coming together with great grooves and melodies. This jazzy version shows how transcendent a great song can be in the hands of great musicians. Lyrics like "I'm working so I won't have to try so hard / Tables they turn sometimes" sound like they were written for a smokey lounge of decades past, and still resonate deeply.

Cristina Gatti's vocal performance here is Grammy-worthy. The silky smooth arrangement and performance are perfectly in line with the classic music from Casablanca, and especially the song "As Time Goes By," originally sung by Dooley Wilson in the role of Sam with just drums and piano. It's reminiscent of one of the greatest song placements in film history, but Postmodern Jukebox are creating something of their own here. Each instrumentalist shows their exceptional talent, and there's an organic feel as it appears this was recorded in just one take.

Now, I must say that the living room vibe is cool, but it has its limitations. The drummer is buried in the back, and the band look a little cramped. The sound they produce is so elegant and classy that it would be nice to see them performing somewhere more fitting...

But wait! Postmodern Jukebox are on tour, and currently have over 100 concerts scheduled throughout North America, Europe, Asia, Australia, and New Zealand. To see them at a classy venue in your town, get their tour dates at pmjlive.com.

This is a brand new song, released as a single just today. It's also available on Spotify and iTunes. 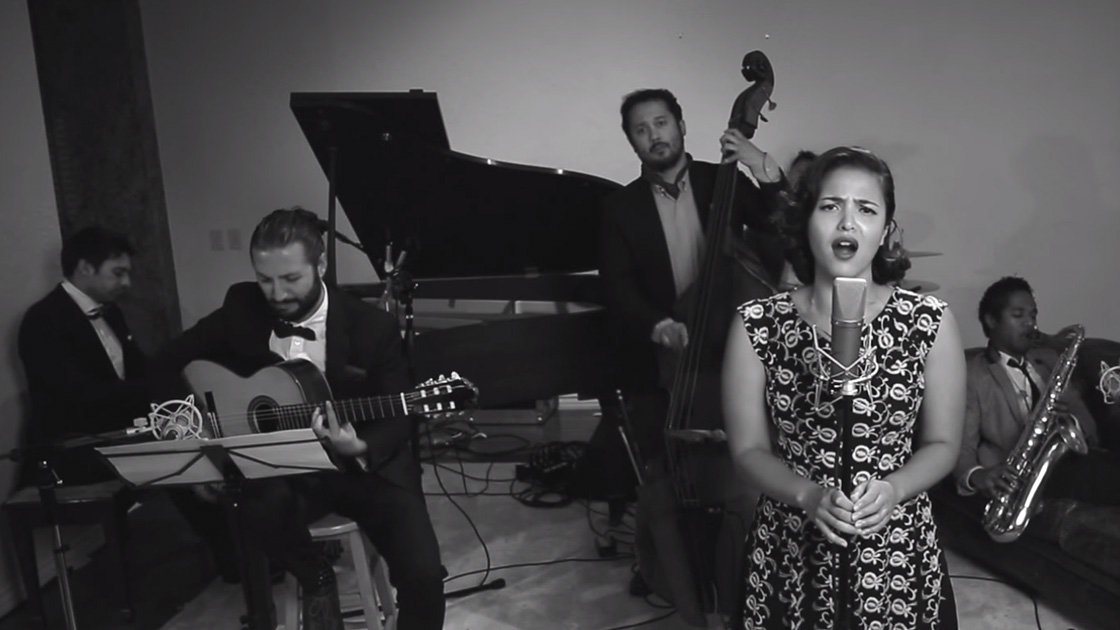