The reigning queen of pop, Beyoncé, has shared the music video for "Sorry," a track from her 2016 album, Lemonade. Watch it above, courtesy of Beyonce's YouTube.

This music video is identical to what was released on the visual version of the album, which was originally released on HBO and is now available on Tidal. The black-and-white clip features tennis superstar Serena Williams twerking, and a party bus with a stripper pole full of women. We also see Beyoncé posed as an Egyptian queen, which is nothing new from the Houston diva who has long portrayed herself as African royalty.

“Sorry” has become the song that has stirred up the most controversy from the album, with lyrics referencing her husband's infidelity and the final line, “Better call Becky with the good hair,” being interpreted as a dig directed at Jay Z's alleged mistress Rachel Roy (not to be confused with Rachel Ray). Regardless of the controversy, this is a great song that pushes the envelope in terms of creativity as well as explicit language in pop music.

Lemonade is currently available on Amazon, iTunes, and Tidal.

For the latest music, news, and tour dates from Beyoncé, check out her Zumic artist page. 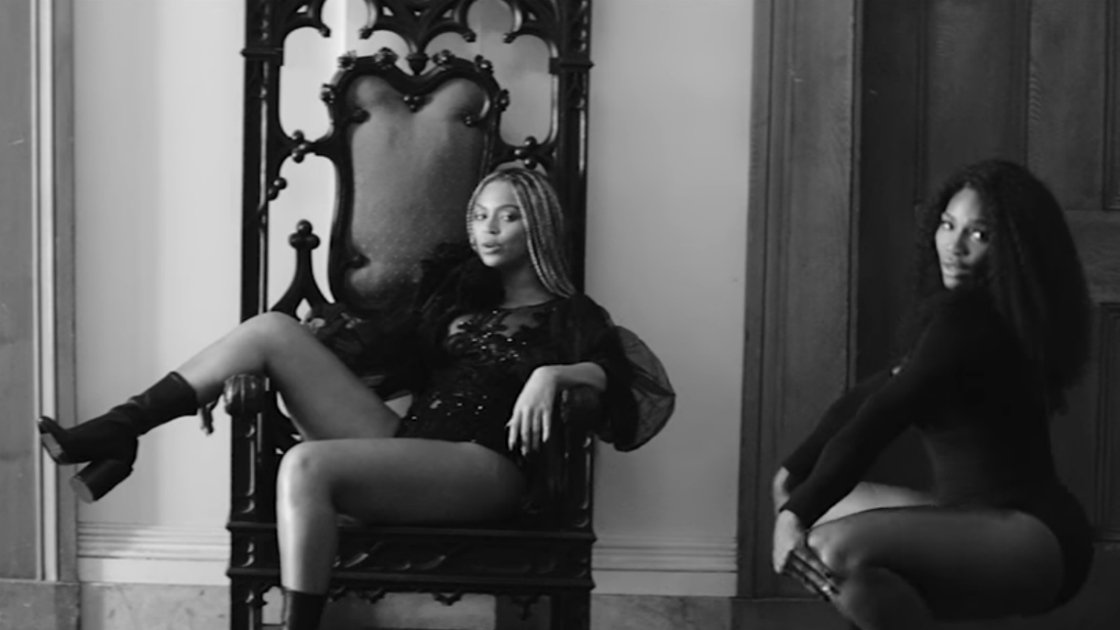 "Walk On Water"
Eminem ft Beyoncé (YouTube)
Music Hip Hop Beyoncé Eminem Detroit, MI
4
1596
Back to top
You must be logged in to upvote things.
Registration and login will only work if you allow cookies. Please check your settings and try again.