Justin Bieber has made some mistakes. Now he's saying "Sorry" with his brand new song, released today. Check out the official music video above, via YouTube.

Following Bieber's successful EDM collaboration with Jack Ü "Where Are Ü Now," Bieber has reunited with Skrillex (one half of Jack Ü). The result is a danceable groove with overall great production and strong vocals. Also given credit for production is Mike Tucker, aka BLOOD, formerly of Blood Diamonds. Co-writers of the song, Julia Michaels and Justin Tranter, have taken to genius.com to annotate the lyrics.

Interestingly, Biebs is nowhere to be found on the video. Instead, we see a group of girls dressed in day-glo early '90s attire doing some fun dance routines. It's worth mentioning that this is being called the "Dance Video" — so there might be at least one more music video for the song featuring Bieber, himself. 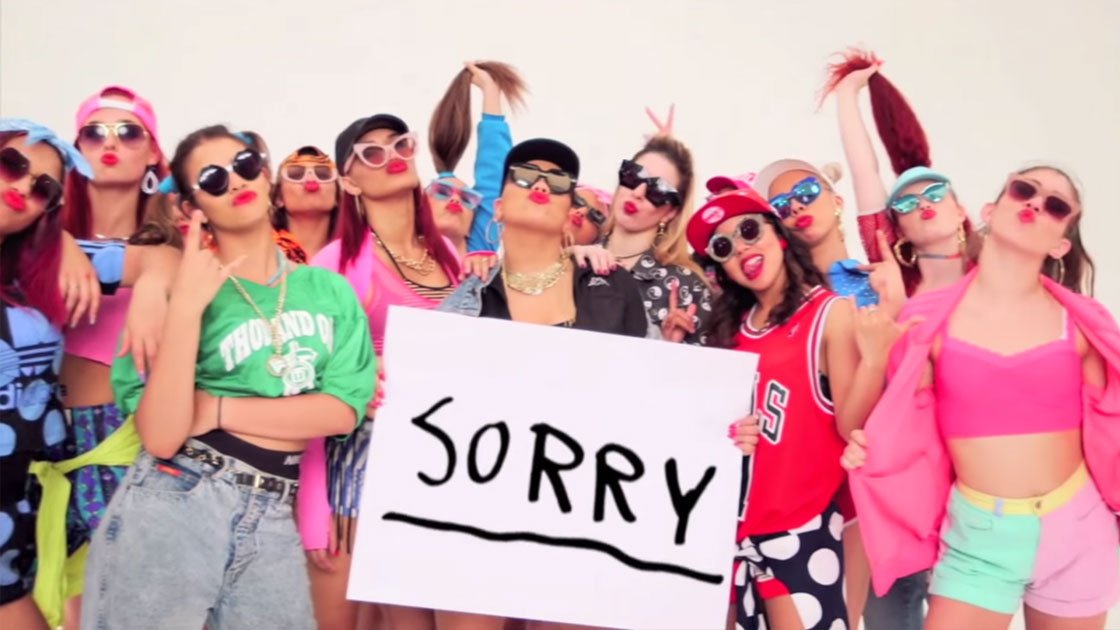