For nine years in a row, Phish has performed New Year's Eve concerts for their legions of adoring fans.  This year, the jamband kings played at NYC's Madison Square Garden for the third year in a row.

In 2017, Phish did something that had never been done before by playing a 13-night "Bakers Dozen" residency at MSG without repeating a song.  For New Year's, many were left wondering what the band had up their sleeves for the stroke of midnight celebration.  As usual, they planned three sets of music with the third set going well into January 1st.  Above, you can watch pro-shot video shared by the band, which begins with a brand new song called "Soul Planet" that had never been performed in public, followed by "Auld Lang Syne."

Musically, the song is a bouncy groove with psychedelic riffing and Phish's trademark laid-back party vibe.  Visually, the band gave their fans a unique experience by turning the stage into a ghost ship complete with confetti cannons and disco balls.  The 18,000+ fans in attendance were given "cosmic wristbands" upon arriving at their seats, which lit up before midnight and pulsated in waves away from the stage.

The full concert audio for every performance is available for purchase through LivePhish.com.

At this time, Phish does not have any shows lined up for 2018. Trey Anastasio and Mike Gordon will be touring with their own side projects (Trey is playing with TAB as well as solo acoustic shows, and Mike will be performing with the Mike Gordon Band) beginning in February. 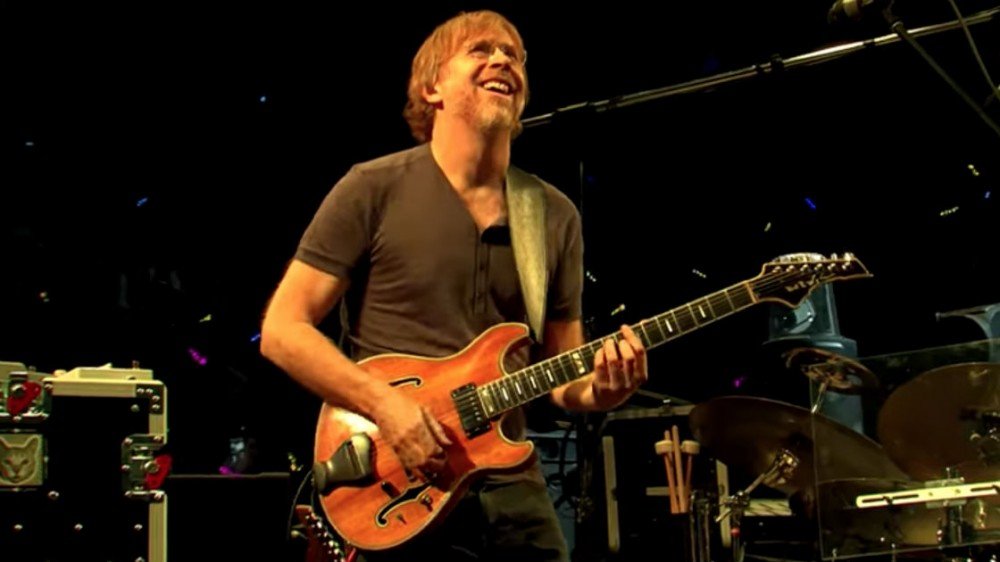