David Bowie's classic song "Sound And Vision" has gotten two very interesting interpretations this year. The most recent is Sonjay Prabhakar's remix of the song, featuring only piano, Bowie's voice, and Mary Hopkin’s voice. It's certainly simple compared to the album version, but there's still so much going on.

After the remix was used as part of a marketing campaign for Sony's Xperia™ Z smartphone, there was a public demand for the single, and so Bowie will be releasing it on iTunes next week. For now, you can hear and watch the YouTube lyric video above.

Available as a digital download from 7th October, pre-order on iTunes http://smarturl.it/SnV2013iTunes

Sound and Vision 2013 is a beautifully haunting reimagining of the song, re-worked from the original stems by remixer Sonjay Prabhakar. By stripping away much of the original instrumentation to just leave Roy Young's plaintive piano, Mary Hopkin's backing vocal and the lead vocal, the song takes on a new reflective resonance.

Here's the original album version of the song:

Also worth checking out is Beck's reworking of the song with 160 musicians and director Chris Milk, as part of a marketing campaign with Lincoln automobiles earlier this year: 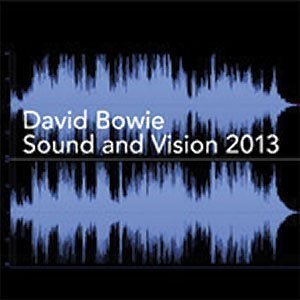