As the death toll of black men murdered by police offers continues to grow with the shootings of Alton Sterling and Philando Castile, Jay Z has released a protest song called "spiritual." You can stream above, exclusively through the Tidal streaming service.

Usually Tidal audio players only play a short preview of the song, but this particular track will play all the way through even if you do not have an account — so there's no need to seek out a bootleg version.

This is Jay Z's first release as lead artist since his 2013 album Magna Carta... Holy Grail. The tone of the song is dark and urgent, appropriate for the subject matter which mainly focuses on Jay's own personal struggles as well as the deep seeded problems within society as a whole.

Jay also shared a statement on Tidal about the origins of the song and why he decided to release it this week, over a year after he recorded it: 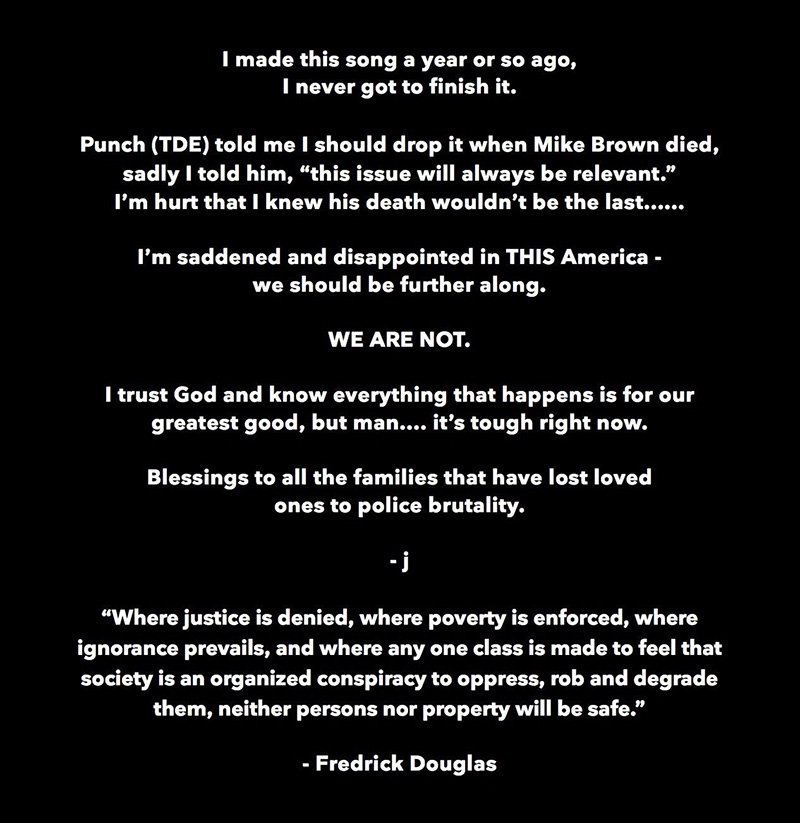 This follows a similar statement made by Jay's wife Beyoncé on her website earlier this week: 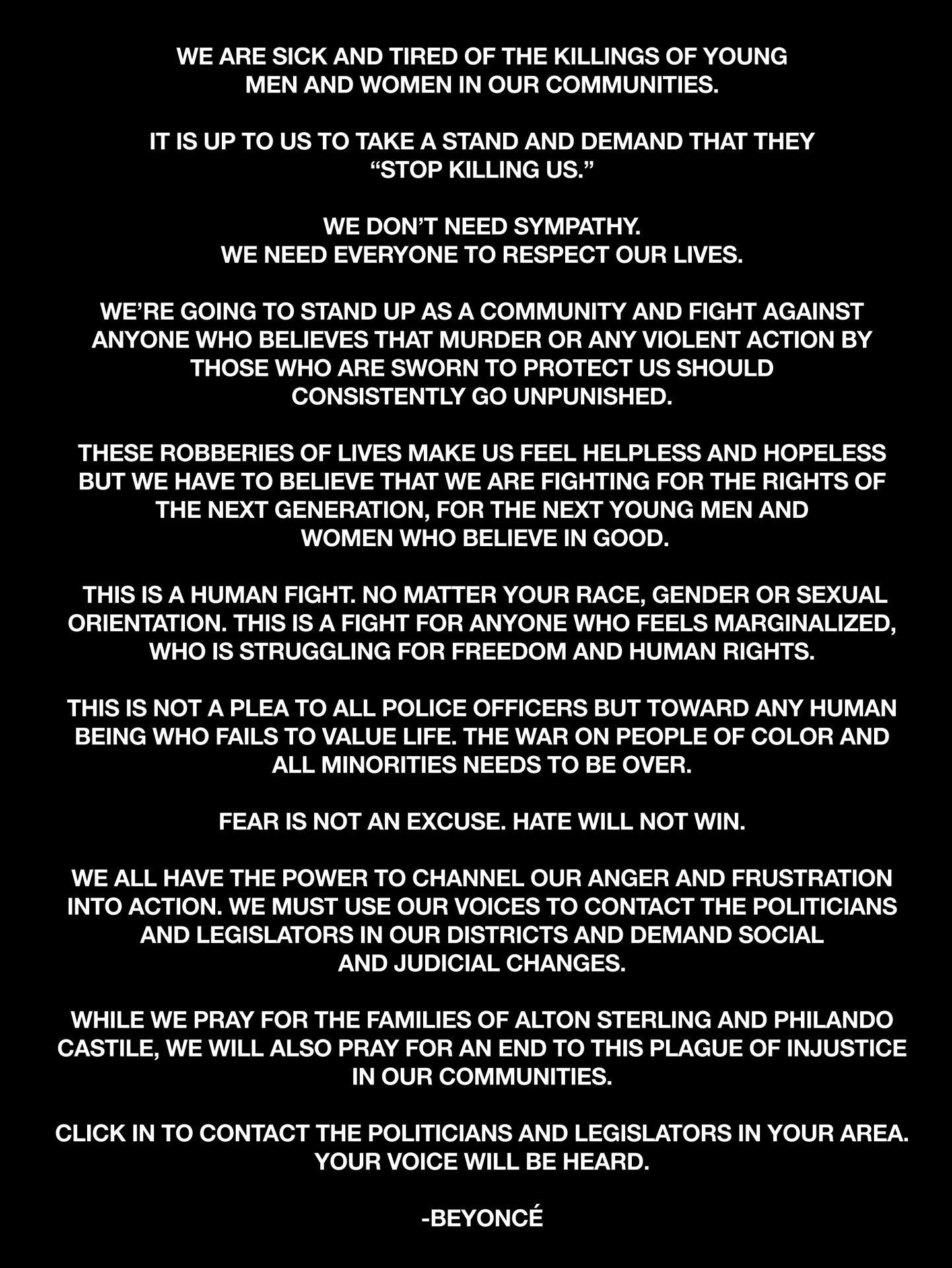 These are powerful words from two of the most well respected and influential people in music. However, words can only do so much. It will take serious government intervention for justice to be served and police to change their ways.

We are a country at war with itself. These tragic killings keep happening, and they seem to be happening more and more frequently. Just last night, five police officers were killed in Dallas at a protest.

Music has the power to heal and bring people together, and that's exactly what we need.

"The Story of O.J." - Jay-Z [YouTube Music Video]
Music East Coast Rap Hip Hop Jay-Z Official Music Video
2
1317
Back to top
You must be logged in to upvote.
Registration and login will only work if you allow cookies. Please check your settings and try again.