In what comes as a surprise for a lot of Avenged Sevenfold fans, the band has released a new album titled The Stage through Capitol Records. The 11-track, 73 minute LP was produced by the band and Joe Barresi (Tool, Queens of the Stone Age), and is the first to feature former Bad Religion drummer Brooks Wackerman.

The Stage is a concept album, with all the songs flowing together. The fast songs blast you with high energy riffing, while the slower moments give a nice balance. Great musicianship from start to finish shows that Avenged Sevenfold are one of the tightest metal bands in the world.

Frontman M. Shadows talked about how the songs on The Stage became influenced by the subject of artificial intelligence in an interview with Rolling Stone:

Someone sent me an article on AI that was written by Tim Urban on the website Wait but Why – that was kind of where I stuck my toes in the puddle, and I said, "OK, I've gotta learn about this!" I felt like this is one of those things that our generation is going to have to answer for, eventually, and I just wanted to educate myself on it. So I decided to read a lot of articles – I was going through a lot of Sam Harris stuff, and hearing some podcasts that he had done about artificial intelligence and what it could mean. I started seeing different opinions, from Mark Zuckerberg to Elon Musk to Stephen Hawking. …

The more I read about, the deeper down this rabbit hole I got, I thought, "You know what? I really want to talk about this!" It's something that's going to be an issue in the future, for our kids and our kids' kids; and if we have a voice that can be screamed from the top of a mountain, I wanted this to be one of those things where we can maybe educate our fans a little bit – or maybe inspire them to educate themselves. I talked to the other guys , and we all started talking and thinking about these big questions. We were like, "Man, this is the record! We're going to put out a piece of art, and it has to be about this, because this is really speaking to us right now!

In the same interview, Shadows explained hwo the band are planning a stage show around the album for their next tour — which kicks off in January, 2017:

We have been been building a stage based around this thing since July, or maybe June; we hired a company that has done stuff for Cirque du Soleil, and we're trying to do things that we've never seen a band do. We're going to try to get away from fire and blowing stuff up, and make a show that moves organically in and out of these ideas that we have for this record. We're trying to take this album and turn it into our version of Pink Floyd's The Wall – it's an event, not just a show.

Songs we like are "The Stage," "Paradigm," "Creating God," and "Fermi Paradox."

The Stage is currently available on Amazon. You can also stream the full LP above, via Spotify.

For more on Avenged Sevenfold, check out their Zumic artist page. 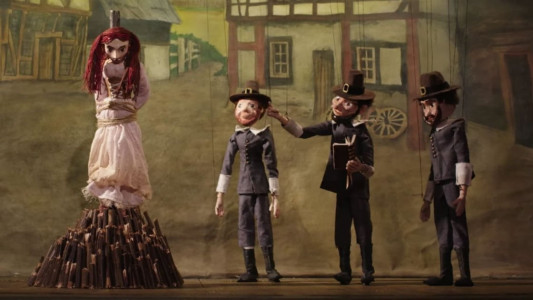 "The Stage" - Avenged Sevenfold [YouTube Music Video]
Music Metal Avenged Sevenfold California Official Music Video
1
1015
Back to top
You must be logged in to upvote.
Registration and login will only work if you allow cookies. Please check your settings and try again.