The trippy first song off Mac Miller's latest album, Watching Movies With the Sound Off, now has an equally bizarre video to go along with it. The track's visual aid above is essentially a collection of uncouth images that hazily transition from one to the next. Meanwhile, Miller continues to spit rhymes from a casual sitting position underneath the words, "I'm Not Real," that may or may not be written in blood. This back-and-forth goes on for about two and a half minutes, resulting in a final product eerily similar to what some people might call "a bad trip." 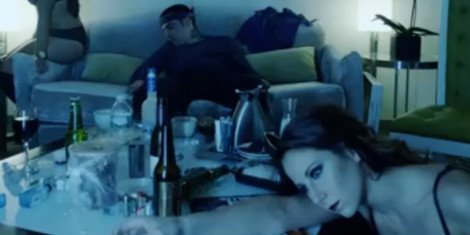 However odd or absurd the video may be, it pairs perfectly with the chopped up beat and wobbly liquid bass of the song itself. The hip-hop artist is now boldly exploring new territories, leaving behind the happy-go-lucky party-rapper persona that landed him his first record deal to begin with. In an interview with Spin regarding the new album, Miller stated, "I was completely isolated from the world. I was just in the studio, just wanting to step back from everything." You can listen to the entire Watching Movies With the Sound Off album on iTunes. 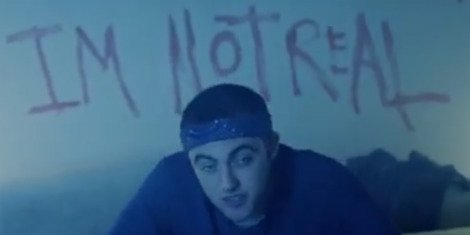