Bad History Month, the latest musical iteration by DIY indie rock musician Jeff Meff, has released a song titled "Staring At My Hands," to be featured on his upcoming split-LP with Dust From 1000 Years, Famous Cigarettes.

Renamed for the album released last year released by Meff's previously named group Fat History Month, Bad History Month layers the subtle, emotional vocals of "Staring At My Hands" under layers of fuzzy static, building up the backing guitar riff and electronic drums to as loud and heavy of a climax as the lo-fi aesthetic can muster. The song draws a great stylistic inspiration from lo-fi folk groups like Neutral Milk Hotel.

The lyrics, arguably the high point of the track, carry a majority of the feeling, debating the troubles of death and existence. They crescendo emotionally with the haunting lines: "I will take no substance with me when I'm gone / Because my body's the same as the sea."

Famous Cigarettes is set to release on June 10th. To pre-order and to check out more music and tour dates, head to Bad History Month's Bandcamp Page. 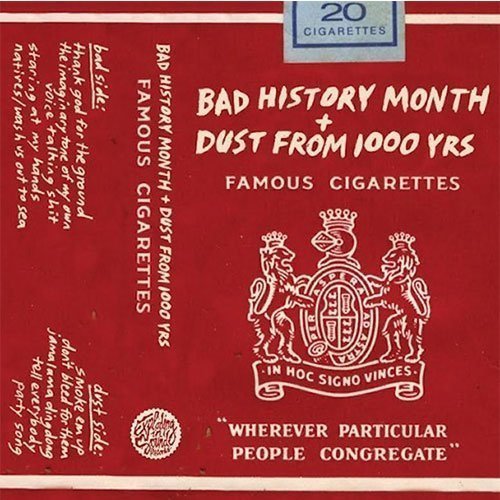