As we reported last month, Nirvana's In Utero will be reissued for its 20th anniversary on September 24th. The reissue will contain over 70 tracks culled from pre-album demos, the band's original recording session with producer Steve Albini, remix sessions held earlier this year at Abbey Road studios, and a 1993 concert at Seattle's Pier 48. 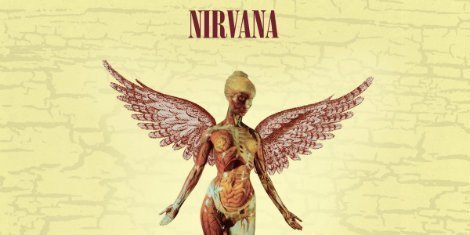 As we reported last month, Nirvana's In Utero will be reissued for its 20th anniversary on September 24th. The reissue will contain over 70 tracks culled from pre-album demos, the band's original recording session with producer Steve Albini, remix sessions held earlier this year at Abbey Road studios, and a 1993 concert at Seattle's Pier 48.

On Friday, In Utero producer Steve Albini appeared on a podcast by Kreative Kontrol to talk shop about the new reissue, as well as share some of his experiences surrounding the record's original recording and release.

For Albini, one of the most prolific producers of his era, In Utero was (and probably still is) the highest-profile album on which he had ever worked. Usually opting to work with more "underground" bands, Albini was originally skeptical of Nirvana's commercial success, saying:

"There were people around me who were rabid fans , and I was not. And then Nevermind blew up, and it was kind of inescapable. In the same way you are irritated if it rains for four days in a row, even though you may not have an opinion about rain, it was very easy to get tired of that record. Every club you would go into on tour, that would be the warm-up music for the night. When you were packing up for the night, the sound guy would put on that record to clear the room, or as ambient music for the band, or bar, or whatever... I'm sure I harbored resentment of some sort, just for having that record sort of thrust at me so much. But that's kind of a childish reaction that's totally temporary, like now I don't have that reaction to it whatsoever. At the time, I wasn't a fan of that band, but through the process of making [In Utero], I saw them in action, and interacting with each other, and I came to really genuinely admire and respect them and their music. I think they were a great band, and [Nevermind] is a great record they made."

Despite the superstardom that Nevermind brought Nirvana, and Albini's aversion to the mainstream, the producer notes that he and the band were not as incompatible as he thought they might have been:

"We had friends in common, and we had a lot of the same experiences because we were in bands around the same time. Also, we admired a lot of the same things. Like we were both big fans of bands like Killdozer, The Jesus Lizard and Scratch Acid, and all those bands were an influence on Nirvana, and we had a common, early appreciation for bands like Public Image [Ltd.] and the Raincoats, bands like that that were not necessarily, you know, 'hit bands,' but bands that were influential in our circles." 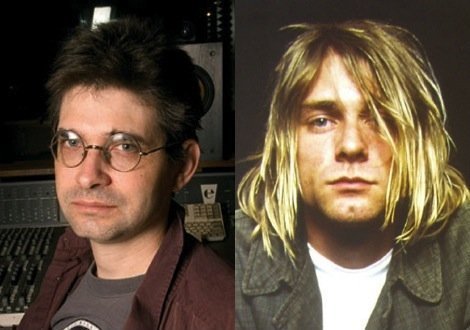 Specifically, Nirvana sought out Albini because of his work on The Jesus Lizard's albums, something that is detailed in the In Utero reissue's updated liner notes.

Although Nirvana was in the same commercial realm as Michael Jackson (whose album Dangerous was knocked off the top spot of the charts by Nevermind), Albini believes to this day that Nirvana was part of the "legitimate underground," stating:

"The 'legitimate underground' survived into the '90s, but it was hard to see through the fog of all the bullshit, you know, Pearl Jam, Candlebox, Stone Temple fuckheads... the peripheral shit that was being used as putty to cover over the actual foundation of the music scene. It's hard to see that there was still a surviving underground during that period where there was this gross commercialization of the mimicked version of underground culture. All the clearheaded, honorable people that were acting upon their own impulses were still there. And I think it's worth noting that Nirvana were part of that, rather than being part of the fucking cash-in crowd."

Though Albini believed the band to be outside of that "cash-in crowd," the fact remained that they were signed to a major record label (Geffen), something that made the producer wary of working with Nirvana. Albini characterized his previous experiences with major labels as "duplicitous, dishonest, or weird," and expected that something similar would happen before In Utero saw the light of day.

As anyone familiar with Nirvana's history knows, Albini was right, and In Utero met its fair share of backlash. Much of this came from fans expecting "Nevermind, Part Two," as is apparent in an MTV segment from 1993 that shows St. Johns' students' first reactions to In Utero. But more importantly for the band and Albini, Geffen Records had no desire to release the album once they heard the initial recordings.

"Kurt told me that everybody involved in the record label that he had spoken to hated the record, and didn't want to release it," said Albini. Initially, the producer second-guessed his work on the album, but after going back and listening to all of In Utero again, Albini could say with certainty that he had done "as good a job of making a record that capable of." He was fine with Nirvana remixing some songs to achieve the sound they wanted (which eventually happened with singles "Heart Shaped Box" and "All Apologies," both mixed by Scott Litt), but had no patience for the record label's lack of satisfaction with In Utero. Addressing Geffen executives, Albini went on a tirade on the podcast, saying:

"Well, it didn't have anything to do with those people. They weren't there, you know. All the people that were carping at the band from the outside about what a mistake they'd made with this record, that pretty accurately represented what they wanted to do with their music… all of those people are parasites. They weren't involved in making the record, they want somehow or another to claim authorship of the creative output of these other people who are actually doing the heavy lifting for their career. And I just can't have any respect for somebody like that, who's not involved in any of the creative process, but then decide that they want to snipe at it from the outside, and try to manipulate people into doing things to suit them. Fuck every one of those people. And then to go into the press and start leaking unflattering stuff about the band and the record, and about me... to do that as a means of putting pressure on the band-- and we're talking about people who had and enormous life-changing experience being thrust into the public eye, and were just hanging on by their fucking fingernails trying to keep their lives together in this pressure cooker scenario, and then to have a motherfucker in an office try to fuck with them in order that they would submit to his will, that's just fucking gross. There's no way I can have respect for that as a mode of behavior. It's operating from fear. All those people were afraid that if this Nirvana record wasn't awesome, that somehow it would affect them. Their first presumption wasn't actually that this band knew what they were doing when they went off into the woods to make a record, their first presumption was, 'there's no way this record could be good without us being in charge,' despite the fact that the band had done really well by following their own instincts up to that point."

That may seem like an overreaction, but once learning that In Utero's negative press was responsible for Albini going bankrupt the next year, you have to cut the guy some slack. The label used Albini as a scapegoat for Nirvana's newly abrasive sound, even though the producer says the band was fully responsible for the sonic changes they underwent from Nevermind to In Utero.

20 years removed from the many tidal waves caused by the release of In Utero, Albini relished the opportunity to "exhaustively" remaster the album. Exploring "roads not taken" by the album's original version, Albini says that he and original Nirvana bassist Krist Novoselic achieved "as good a production record as anyone is likely to make" with the new reissue, citing sound quality as "the primary concern." Albini discusses the more technical aspects of remastering at length in the full interview.

Because of the initial conflict that In Utero dredged up with Geffen, Albini says that "there has been an awful lot of speculation about what the 'real' version of the record was, and which is the version that made into the stores." Though he is as pleased as he possibly could be with the quality of the new remixes, he insists that "the real version is the one that you've been listening to all this time."

Listen to the full podcast above, in which Albini refuses to answer questions about Courtney Love, discusses meeting Kurt Cobain for the first time and explains his aversion to Breaking Bad.

"In Bloom" - Sturgill Simpson (Nirvana Cover) [YouTube Official M...
Music Alt Country Grunge Nirvana Sturgill Simpson Kentucky Nashville, TN Official Music Video
1
1211
Back to top
You must be logged in to upvote things.
Registration and login will only work if you allow cookies. Please check your settings and try again.