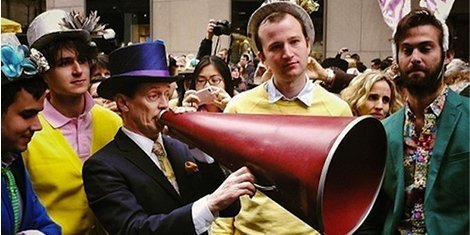 Here's the thing: Vampire Weekend is playing a show at New York's Roseland Ballroom on April 28th. Steve Buscemi will be directing a live webcast of the show. But nothing I can say to you will convey these facts better than this video.

The band takes Steve bowling at Brooklyn's Melody Lanes and he attempts to hand out fliers. At one point he tells someone to get on the computer and familiarize herself with the band's songs. It's magical. Check it out below. More details about the webcast here.