Still Climbing, even at 67 years of age.

Best known for his monsterous 1970 hard rock hit, "Mississippi Queen," Leslie West is one of the great and overlooked musicians alive today. He's set to release his next album, Still Climbing, on October 29th and it's been made available as an advance stream on SoundCloud through Billboard. After a few listens, I must say it's a very strong album that should appeal to fans of classic metal, hard rock, and blues.

It's very easy to put this next to some of the best work from ZZ Top and Warren Haynes, which says a lot.

The singing, songwriting, musicianship, and overall production on the album are good, but the guitar playing is what sends it to an even higher level. The guitar tones are truly gorgeous and the album features a great range of sounds from heavy electric distortion to delicate acoustic work that make a very enjoyable listen all the way through. Beyond the lead guitar work, Leslie West flexes that signature guitar move where he digs into a chunky chord in a bendy harmonic way that seems to distort all time and space. Really heavy stuff.

Sadly, West needed his lower right leg to be amputated as a result of complications from diabetes in 2011. That makes it difficult for him to tour, so he has only 2 concerts currently booked: The Pabst Theatre in Milwaukee on October 28th and the Iridium Jazz Club in New York City on November 13th.

When asked about his amputated leg, West told Billboard:

Listen, everybody gets knocked down in life, but how you choose to get up is totally up to you. I see soldiers, man, double amputees; they've got it a lot worse than me. It's just a good thing it wasn't my hand, you know? But it's not a pity party for me here, believe me. I've gone through some life-changing things, but I just wanted to make an album that continued on sound-wise, production-wise, song-wise, from the last one. I'm really happy with the way it came out. The songs seem better, and I'm really proud of it. 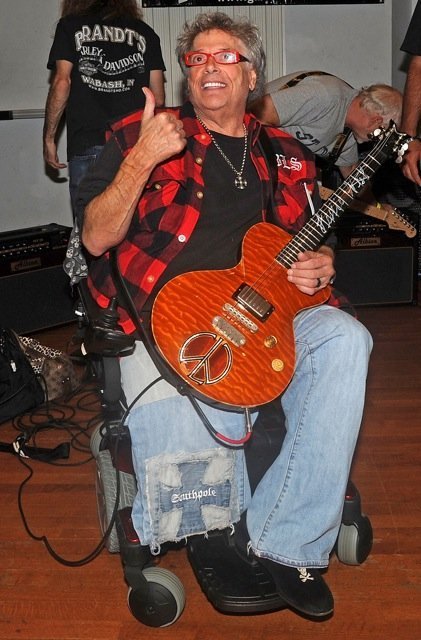 The first two songs are my two favorites. "Dyin' Since The Day I Was Born" featuring Mark Tremonti and "Busted Disgusted or Dead" featuring Johnny Winter are two songs that reflect the contrast from heavy metal to country blues that can be heard in a lot of West's playing.

The rest of the album is sprinkled with interesting curveballs.

The first curveball is the Dee Snider collaboration, "Feeling Good," which feels a little labored but is a pretty rocking tune. Some might say this could have been omitted, because it brings the groove of the cohesive album to a halt, and reeks of butt rock... but I guess some people like Dee Snider.

"Long Red" is a Mountain song that's been sampled on well known songs by Nas, A Tribe Called Quest, Jay Z, and Lana Del Rey (just to name a few). 40 years after he first recorded it, he's decided to re-record the song because, as he told Billboard, "everybody requests it as the shows we do, so why not put it on the album the way we do it now?"

The last curveball is the album closer, the Wizard of Oz classic "Over The Rainbow" performed by supremely talented bass player Rev Jones, as a solo featured musician. It's a really nice way to end the record.

Still Climbing is out on Mascott Records, and available on iTunes. 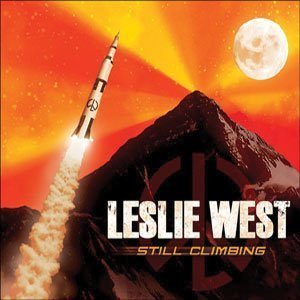