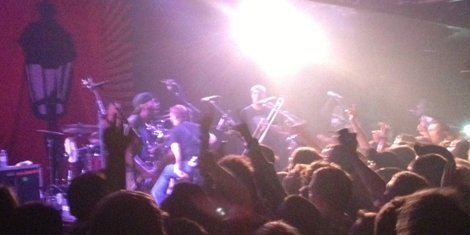 Last night was the beginning of the end. Or as Streetlight's current tour is called "The End of the Beginning." The band will be taking a break for a unknown amount of time after ten years of constant touring, five albums, having all their equipment stolen while touring, and feuding with their label, who is refusing to release their latest album.

While it is hard for me to imagine a world in which the ska-punk masters are not only a few months away from the next show, the last 15 or so shows that I've been to will have to keep me busy until they (hopefully) return.

In the meantime, the first show of their final tour was last night at Toad's Place in New Haven, Connecticut. A friend and I made the two-hour journey from NYC because we wouldn't be able to make the show in New York. We arrived at Toad's Place and prepared ourselves. 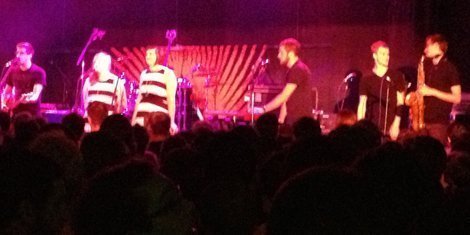 The opening band, Rodeo Ruby Love, was from Indiana. Very pleasant, happy songs that had a pop-rock vibe and also a hint of old soul music at times. Watching them, I realized that nowhere else but a ska show could a band have nine people onstage and no one would think that was overkill. All in all, a nice warm-up, though people were certainly saving their energy for Streetlight. 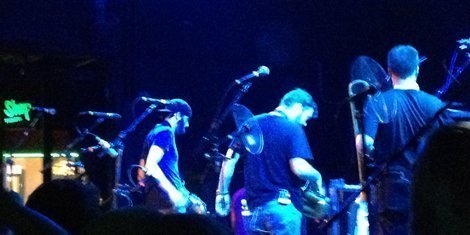 At 10 PM, they took the stage, much to everyone's joy. They started strong with "The Three of Us," off their new album, The Hands That Theive. I don't remember where but I once read a description of Streetlight's music and shows as a "frenetic ball of energy," and every time I see them I think of how right that is. The horn section showed that they're still the best in the business, bar none. And if you disagree I'm just sorry to tell you that you're wrong.

The set ran through material from the band's ten-year history, from old favorites to songs off their new, unreleased album, which singer/guitarist/mastermind Tomas Kalnoky said we should all have had time to steal by now. Streelight's label, Victory Records, is refusing to release The Hands That Thieve due to contract disputes. In retaliation, the band has been encouraging fans to download the album through less-than-legal means and to only buy merchandise from Streetlight's website. The music business can be a messy place. 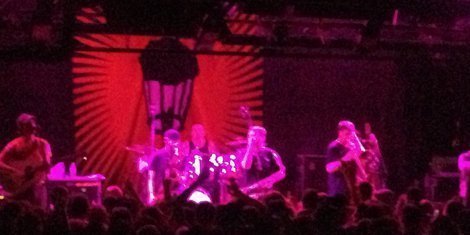 The band kept the energy high as they burned through their setlist, including "Down, Down, Down to Mephisto's Cafe," "A Better Place, A Better Time," and "With Any Sort of Certainty." Even during the short acoustic set there was always a bristling energy. They turned the electricity back on with their dark, slow, and angry "A Moment of Silence," which got all the excited people skanking. That's how people dance to ska, and yes it's not the best name. The transition into the furious "A Moment of Violence" got the pit raging, but it was unfortunately the last song for the night for me.

Trains schedules are an important thing, and rather than have to wait until 4 AM for the next train home, we had to leave to get the last one of the night. I am sad to have missed the last few songs, but the idea of sitting in the New Haven train station for four hours was less than appealing. 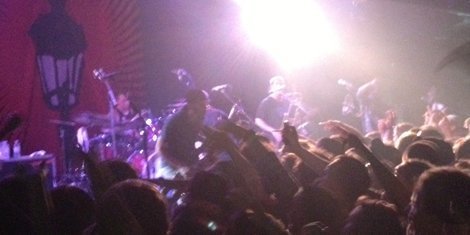 Rather than take a terrible video of the show myself, here's a video of a live performance from another show, just so you can understand what it was like. Turn it up as loud as possible. And imagine more people around you.

"The End of the Beginning" tour is off to an intense start, and I can imagine that it will only continue throughout the tour. The tour continues through mid-July, at which point the band will take a break until November 15 and 16, when they will play a final 2-night extravaganza at the Starland Ballroom in their home state of New Jersey. I got tickets for the last night, and it's going to be a hell of a show. 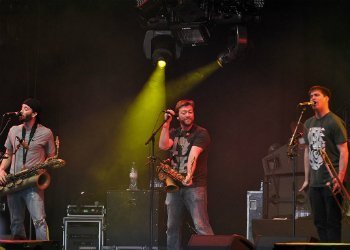