On July 31st, rock gods Led Zeppelin will be releasing deluxe reissue's of their final three studio albums, Presence, In Through The Out Door, and Coda that were remastered by guitarist Jimmy Page. All three will feature previously unreleased material, and come in a variety of deluxe editions. Above, you can listen to "Sugar Mama," which will be on the Coda companion disc.

"Sugar Mama" was recorded in 1968 at Olympic Studios during sessions for the band's self-titled debut album. It's an upbeat, rollicking blues number with Jimmy Page's echoed slide guitar work snaking in the background. Bonham's drumming is crisp, and Page's solo is unlike anything you've previously heard before. It sounds like although it was recorded in '68, it was mixed in the studio much later.

Coda was originally released in 1982, two years after drummer John Bonham tragically passed away. At the time, it was a collection of the best unreleased material from Led Zeppelin's vaults. "Sugar Mama" might be exciting for die-hard Led Zeppelin fans, but it's not that great compared to rare gems that appeared on the vinyl and CD versions of that album like "We're Gonna Groove," "Ozone Baby," "Bonzo's Montreux," and "Hey, Hey, What Can I Do."

The deluxe edition of Coda will also feature tracks titled "Baby Come Home," a previously unreleased instrumental from 1970 titled "St. Tristan's Sword," and an early version of "When the Levee Breaks." You can pre-order the album on Amazon (Vinyl, CD).

For the latest music and news from Led Zeppelin, check out their Zumic artist page. 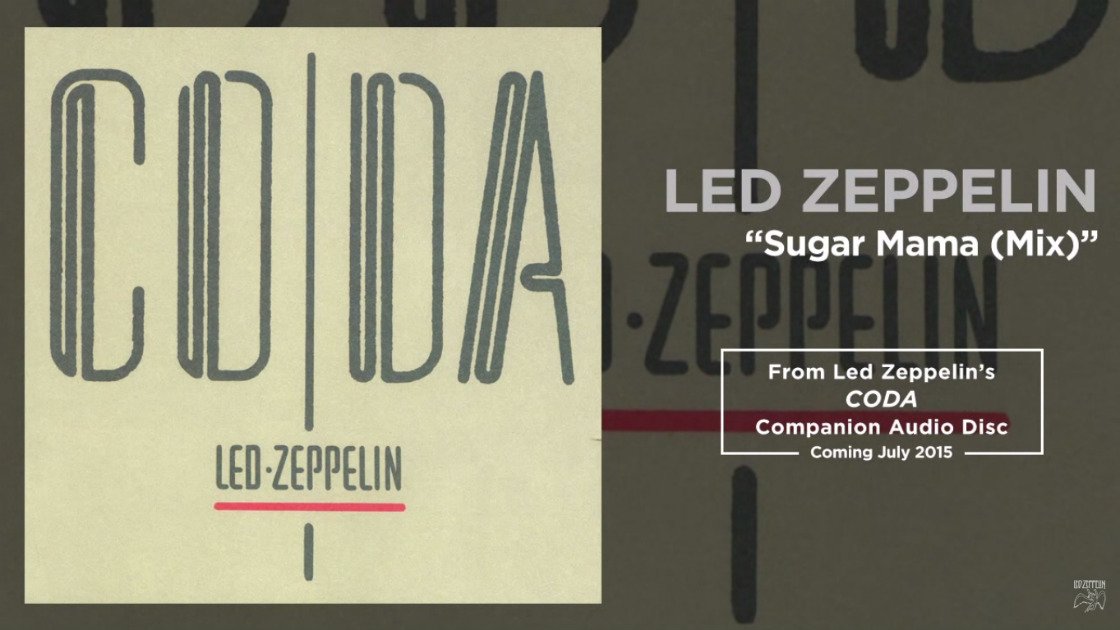