Detroit's bleak and gritty streets are the focal points of Eminem's latest video, "Survival." The track that was featured on Call of Duty: Ghosts maintains militant scenarios behind Eminem rapping. The veteran lyricist flows better than ever shutting down other rappers who want to take his spot.

There is an awesome cameo in the video but not from another rapper. It comes from Eminem's old home in Detroit, that is currently up for auction. The boarded up house featured on the front of his upcoming album, The Marshall Mathers LP 2 , is projected on the backdrop to show Detroit's environment. The dark tone of the video matches the song perfectly, and is a stark contrast from the light-hearted video for "Berzerk."

The Marshall Mathers LP 2 is scheduled to be released on November 5, 2013. 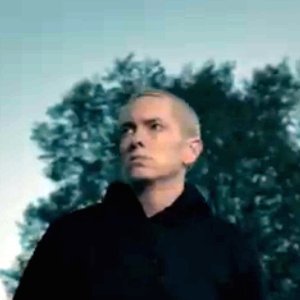 "Walk On Water"
Eminem ft Beyoncé (YouTube)
Music Hip Hop Beyoncé Eminem Detroit, MI
4
1949
Back to top
You must be logged in to upvote.
Registration and login will only work if you allow cookies. Please check your settings and try again.