Over the course of his career, Danny Brown has rapped over some challenging beats (the sparse, off-kilter "Baseline" immediatly springs to mind), but "Sweeney Song" might take the cake. Culled from an upcoming compilation fittingly titled Classic Drug References, the song pairs Brown with producer MNDSGN, whose beat begins simply enough, but soon unhinges into a cloud of detritus swirling around a menacing bassline. Under those circumstances, it's a wonder that Brown is able to stay synced to the beat, let alone bust out great verses that somehow pull off rhyming "immaculate" with "calculus."

According to Sweeney Kovar, the founder of the now-defunct hip-hop webzine Classic Drug References, Brown recorded "Sweeney Song" back in 2011, which is why it "now sounds like vintage Danny."

Nine out of ten of these rap niggas is Play-Doh
I say 'go,' nigga spray yo whip like Mayco
You got that yayo for the low
You'd swear that Kanye was here, the way they say 'where the 'ye go?'
My flow strong like it's on that shit Canseco on
I don't eat rappers, I box 'em up like take home
Get straight dome, from a bi bitch
I don't know her name, but told her girlfriend to switch
And the lyrics called Lazarus the labyrinth
Hazardous material that's oh so immaculate
Accurate position when I spit this shit is calculus
Hard nigga, and that was bars nigga
I'm off them xannie footballs nigga
Swisher on buck, kush ups till I fall nigga
Too high to fuckin' talk, that's why I never call nigga
Your bitch keeps textin' and she want it all, nigga

[Hook:]
And I got two on a brew
Let's go cup for cup 'til that motherfucker through
And I got five on the bag
Before you toss that square, can a nigga get a drag?
And I used to spend late nights starin' at the ceilin'
Pitch black dark but I had that feelin'
Vision of killin' niggas, being labelled a villain
Because these labels passed, Imma make these niggas pass

Late nights searchin' on websites for victims
Fuck doin' features, you niggas competition
Got your assistant on a blunt run
Give her stomach blows 'til I puncture her lungs
And this some nigga shit I fuck with
In my spare time but they can't fuck with me in my mind
Used to be humble, now I'm feelin' cocky
Cuz all these bitches ride it like a fuckin' Kawasaki
And these rap niggas see my face in their dreams
Their worst fuckin' nightmare, wearin' fuckin' skinny jeans
Wakin' cold sweat, my reflection in the mirror
Put a curse on the Freshman Ten, watch how it end
Dropped outta highschool at sixteen
Bout the same time as the Wu dropped 'Ice Cream'
Arguin' with fiends, starin' at the screen
Watchin' Rap City like 'it was all a dream'
Spent my last three bucks on The Source magazine
Hip-hop shop where niggas was battling
But I was writin' shit in my fuckin' composition
Knowin' one day I would have these critics trippin'
Sayin' that niggas, 'Imma be the future'
New type of rap, this ain't what you're used to
Push this shit fuckin' forward
Focus on the music, so the people would support it
A load on my shoulder, feel the whole world
Me and my goal watch my plans unfurl 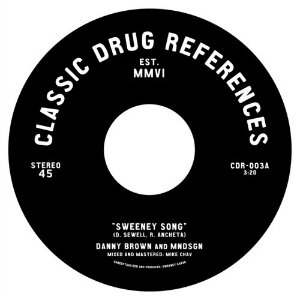