In 2011, shortly after Japan was struck by a tsunami, which then caused the Fukushima nuclear plant meltdown, Aerosmith visited the island nation to do a few shows for the Japanese people. Having been popular in Japan for decades, Aerosmith has a huge, loyal fan base there. These performances were filmed, and now Rock For The Rising Sun is available on DVD and Blu-Ray. The film blends together performances from several of the shows, as well as interviews with fans and behind-the-scenes footage of the tour. Check out this clip from the film, in which the band rocks out hard with their hit, "Sweet Emotion."

You can get Rock For The Rising Sun on DVD, Blu-Ray, or digital download. 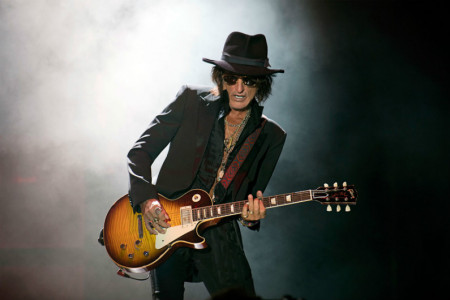 Joe Perry Plots 2018 Tour Dates: Ticket Presale Code & On-Sale In...
Tickets Classic Rock Rock Aerosmith Joe Perry
1
1164
Back to top
You must be logged in to upvote things.
Registration and login will only work if you allow cookies. Please check your settings and try again.