Sy Ari Da Kid has been entrenched in the Atlanta hip hop scene for some time now, but after being heavily featured on K-Camp's new mixtape, Slumlords, the Atlanta emcee is starting to see more nationwide recognition. Slumlords is overflowing with catchy songs, and is a successful victory lap after K-Camp's hit single "Cut Her Off," featuring 2 Chainz. Sy Ari Da Kid and K-Camp have terrific chemistry, which you can hear on tracks such as "Popular," "Long Live The Kings 2," and "However I Like."

JokerTooCold, Marissa, Dan Diego, DJ Pretty Boy, and DJ Genius make up the rest of the Slumlords. Wale, YG, Lil Boosie, Yo Gotti, and Too Short all feature on the bangin' mixtape. We spoke with Sy Ari Da Kid to talk about the project, his work ethic, and what he has coming up.

On who the Slumlords are:

It’s not like a group, we just fuck with each other. Camp started with his whole movement, and we just put the project together. It made sense.

On how long he’s known the other members of the Slumlords:

I’ve known Camp since high school. He was a little younger than me, but we went to the same school. I knew everybody else for about 5 years.

On being co-signed by DJ Premier:

Growing up my favorite producers were DJ Premier, RZA, 9th Wonder, and J. Dilla. So when Premier reached out to me, to be honest, I didn't give a shit what no one else said to me about nothing. Because really, that shit is a dream come true, and at this point, you know, he produced for all of the greats, so he doesn't need to earn any stripes no more. So it was good to know that I could be part of hip hop for real by being stamped by one of the niggas people look up to.

We just did a song. It's gonna be on me and Bumpy Knuckles project. It’s probably gonna be out at the end of the year.

On how being family oriented has impacted his career:

It’s everything that motivates me to keep moving, and it forces me to be honest in my music. Because my parents ride around in my city, so I couldn't be on my shit lying, then I come to their crib and they looking at me like “that’s not you."

I had both my parents growing up, so that helped me to do some shit, I learned some things, without having to actually experience them.

On increasing his output since having a son:

Anytime you become a parent, it’ll change a few things about you. Actually I won't say "change," but it brings the man out of you. It’ll make or break you. It definitely was the most challenging thing I've ever had to go through. It’s a little different before, when you love your family, but everybody else can hold their own. Now you’re responsible for a child that’s real innocent, so yeah, it definitely forced me to make certain decisions.

On why he abstains from alcohol:

Just making certain promises to my grandmother. Just growing up around a lot of my older family members making a lot of bad decisions through it. I got to a certain age where I didn't really need it like that.

But to each his own, I got other habits, you know what I'm saying. I ain't different than nobody else, at the end of the day I still ain't shit.

Yeah, I don't do none of it. I always look at it like I’m not judging anybody, like I just don't do it, because it’s not my move. I’m not in church every Sunday, so I can't really put my story on somebody else. I know I do what I do, and I don't do what I don't do, and I’m honest about it.

On the backstory and success of "Popular":

I don't write, man. I used to, but now it’s off the head. So I just did that record at the house. I had Kato give that beat to me so I could give it to Camp, but Camp was out of town. I just did a hook to it, and sent it over to him. He did a verse, then I did a verse, and we just dropped that shit the next day. I didn't even think it would do nothing, man, we did the song so fast. But that’s how it goes sometimes. The shit you think ain't gonna do nothing, will end up standing for something. Once I saw it was on like 20 tapes on LiveMixtape.com within two weeks, I knew we had something with it.

We used to have other artists, but now it’s just me. We’re really about just putting out good music, man. We're about being confident with your shit, not all that friendly shit. I like competition, so sometimes I may come off arrogant.

I really enforce aiming to be the best, fuck all that friendly shit. Like how the NBA is nowadays, everybody want to be friends. Back in day, it was like Isaiah Thomas and Michael Jordan were cool, but when we on the court, niggas will fuck your mother. You know what I mean, fuck your uncle, I’m on some Larry Bird / Magic Johnson type shit. That’s what I like to put out when I’m really doing music. I shake hands with whoever, but once this shit start it’s “fuck you.” Respectfully “fuck you” though. I’m the number one nigga, and that's what I want to promote with my music.

On what’s coming up:

I got solid management and I’m just pushing my single, pushing Slumlords, Ultra Sound 2; Wisdom & Strength is gonna drop later on this year. Right now, I’m just pushing my name, my brand, and getting my image correct. We're just gonna keep working like that, you know what I mean? 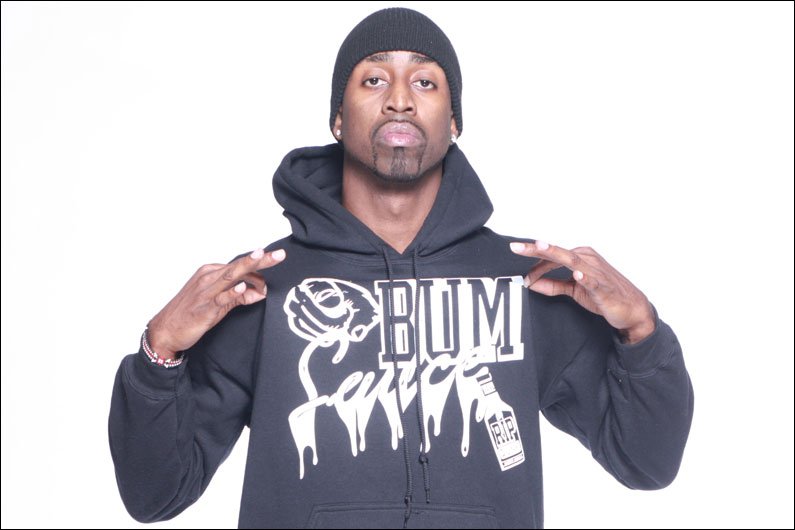