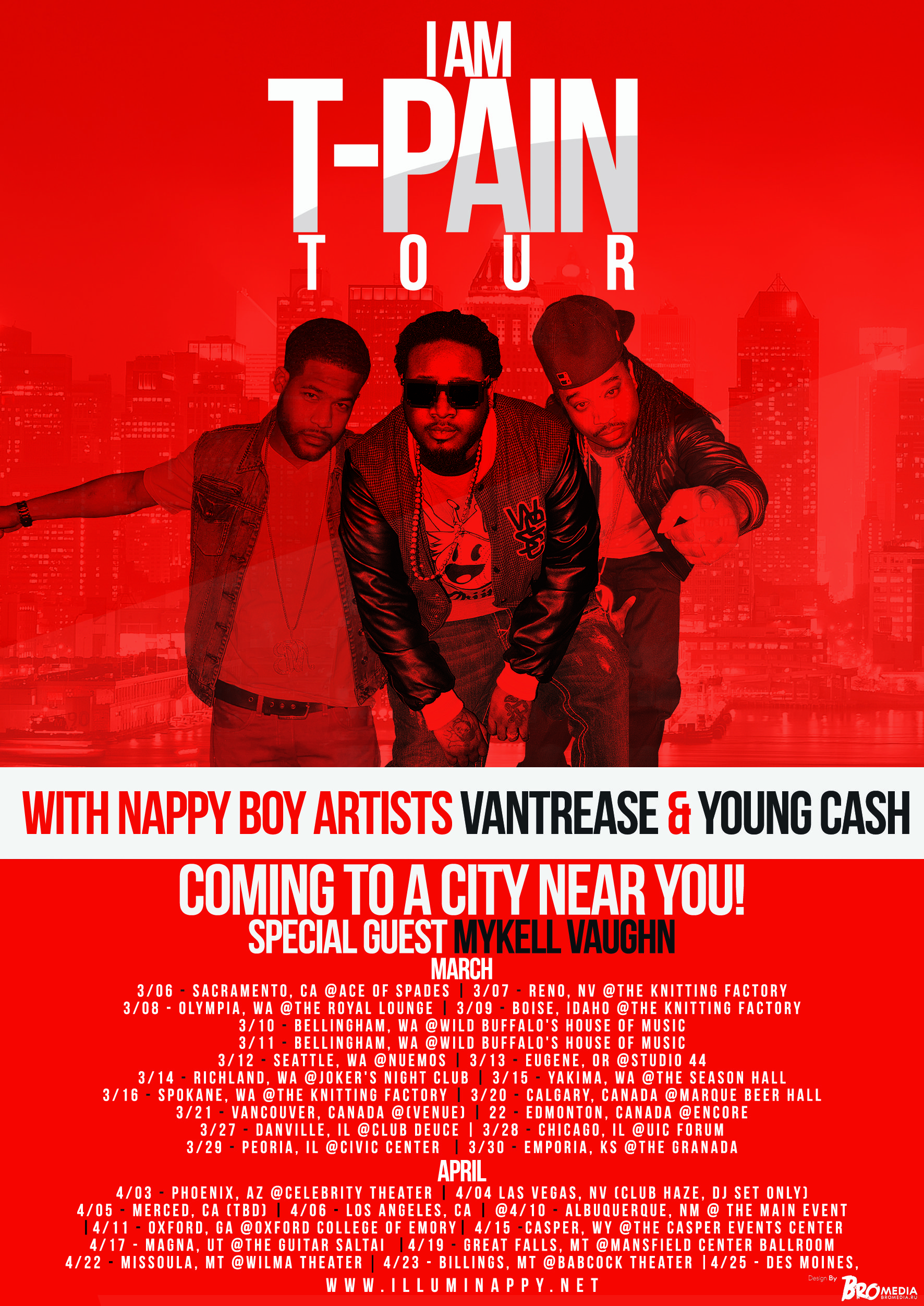 Master of auto-tune T-Pain has announced a 34-date tour throughout North America in support of his forthcoming album, Stoicville: The Phoenix. He will be joined by his own Nappy Boy Entertainment's Young Cash and Vantrease, with special guest Mykell Vaughn.

The tour kicks off in Sacramento, California this Thursday, March 6th and ends at The Venue in San Angelo, Texas on May 10th. Tickets for most dates are available now through T-Pain's official website. Full dates below: