Boston rock band Pixies have shared a new song titled "Talent," a track from their upcoming album, Head Carrier. Listen to it above, courtesy of the band's YouTube.

The high energy, distortion soaked tune shouts out American actor Jack Palance, who was a boxer in the '30s and would later star in multiple television and film roles. Palance passed away in 2006.

Head Carrier is scheduled to be released on September 30, 2016. Pick it up on Amazon. The band has also shared “Um Chagga Lagga” from the upcoming LP.

In related news, the band has announced 2016 European tour dates that are scheduled to begin November 15 in Austria. For more music, news, and tour information, check out their Zumic artist page. 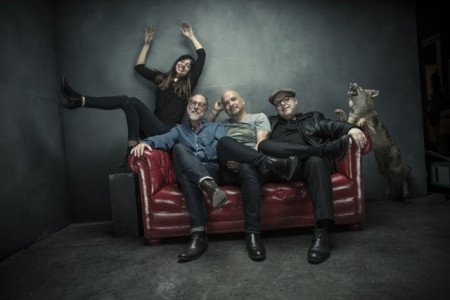