Last night, Kiwi indie-pop prodigy Lorde performed "Team," a single from her debut album Pure Heroine, on The Late Show With David Letterman. The seventeen-year-old singer gave a stellar performance, belting out the vocals with her smoky, sultry voice. However, Lorde didn't stop with just one song. Later that night, she gave a full show at the Ed Sullivan Theater as part of the Live on Letterman webcast series. Check out both performances in the videos above and below.

Lorde has been busy in the studio since the release of Pure Heroine at the end of September. She will be featured on the upcoming Hunger Games soundtrack with a cover of Tears For Fears' "Everybody Wants To Rule The World." The soundtrack is set for release on November 19th, but you can listen to the full album advance stream now on iTunes. 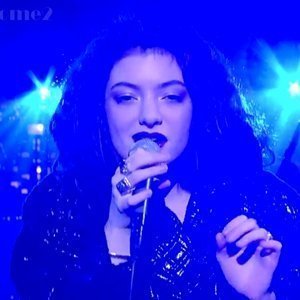