Phosphorescent, the indie-folk moniker of Matthew Houck, released a live cut of "Terror in the Canyons (The Wounded Master)" off of the deluxe reissue of his latest album Muchacho De Lujo, set to drop this month.

This live version is a stripped down, intimate performance, accompanied only by sparse guitar and a piano melody. Compared to the alt-country violin backup and the horn interludes of the original, the result sounds like a country ballad, almost as if it was an Avett Brothers take on the original track. Houck's voice is hoarse, but the subtle cracks and soft wails convey emotion that outweighs the original. "Terror in the Canyons" crescendos into the final chorus, as Houck sings "Then I was the bleeding actor/and I was the stage" held in an emotive shout for fifteen seconds.

This cut of "Terror in the Canyons" was performed at a show inside London's St. Pancras Church on January 30th. The whole concert, notable for being an intimate, two piece guitar and piano show, will be included on the bonus disc of the deluxe edition of Muchacho De Lujo.

Pre-order the deluxe edition (or buy the regular edition) of Muchacho De Lujo from the band's official store. 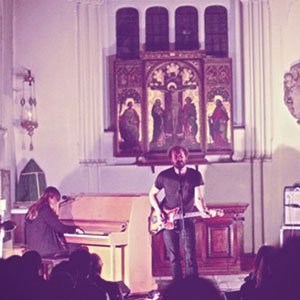 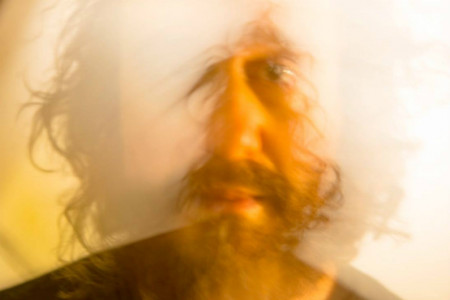