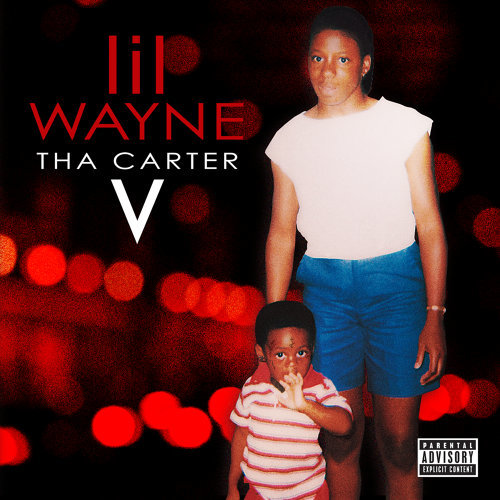 After years of setbacks and a long-running legal battle with Cash Money Records that just resolved this past June, Lil Wayne's Tha Carter V has arrived at last.

Complicated and emotionally charged, Tha Carter V is a departure from his previous work in that it primarily shows the seemingly-untouchable rapper more vulnerable than ever — standing at serious odds with his classic braggadocious image in the process.  While he has not changed completely, staying strong and never accepting defeat despite the events of the past several years, he has clearly become at least a bit more reserved as a result.  Tha Carter V acts as Wayne's confession and statement of perseverance.

To sonically reflect what he has been facing in his personal life, most of the LP eschews the traditionally "hyped" sound associated with his most popular work ("A Milli", "6 Foot 7 Foot", etc.) and instead prefers to focus on slow, melancholic production delivered with lyrics that dwell more on struggle than ego.  The tone is set as clear as possible from the very beginning, with the intro track "I Love You Dwayne" consisting simply of a tearful message from his mother, telling him how much she cares about him and how proud she is that he has come so far.  That mood is the overarching theme, eventually culminating in a harrowing description of his suicide attempt at age 12 on closer "Let It All Work Out."

If there has always been a dark undercurrent to Wayne's work, Tha Carter V shows him becoming fully immersed in the blackness.  It is a jarring shift from one of the most aggressively confident rappers of all time, though not quite unexpected considering how vocal he has been to the press about his challenges since releasing Tha Carter IV over seven years ago.  Perhaps he is taking a cue from the "emo-rap" wave that has grown from a Soundcloud niche to among the most streamed genres over the past couple of years — it certainly wouldn't be out of the question, especially considering the XXXTentacion feature on album opener "Don't Cry."

Wayne's fame and lifestyle are beginning to take a toll on him and he is letting his fans know as directly as possible.  On this album, he keeps his ego in check, offering more honest self-criticism than ever.  On "Mess," he openly admits that his "life is a mess" and on "Demons" that his "demons are too intimate," directly addressing serious issues that have only been hinted at in his prior work.  It is unusual for any rap star to state something so heavy in such a direct way, let alone dedicate nearly an entire (very long) album to doing just that.  He is clearly maturing here, closing out his mid-late 2000's glory days to retreat into responsibility and using his platform to reflect that change.

It is difficult to tell whether Tha Carter V should be considered a victory lap for Wayne or a resignation to a younger generation of rappers.  On one hand, the release — one of the most anticipated in recent music history — signifies a strong comeback during his recent barrage of personal problems, instantly topping the Billboard charts.  On the other, it acknowledges the realization that he is no longer the hit-maker he was at his "Lollipop" heights.  His more old-fashioned lyrical mold stands in stark contrast to the generations of rappers that have come since.  Music will continue evolving with or without Lil Wayne, but there is no denying his legacy for putting Southern trap music with auto-tune front-and-center in the music mainstream.

Tha Carter V is a fitting album for this point in Wayne's life and career.  Through emotion and vulnerability, he is making a public acknowledgment of taking a step back to prioritize himself and those around him over his career.

"I'm The One" - DJ Khaled ft Justin Bieber, Quavo, Chance The Rap...
Music Hip Hop Pop Hip Hop Chance The Rapper DJ Khaled Justin Bieber Lil Wayne Quavo Miami, FL Official Music Video
1
1790
Back to top
You must be logged in to upvote.
Registration and login will only work if you allow cookies. Please check your settings and try again.