Ariana Grande pays homage to early 2000's films Mean Girls, Bring It On, Legally Blonde, and more in her music video for "Thank You, Next."  Watch above on YouTube.

Directed by Hannah Lux Davis, who most recently worked with the singer on "Breathin," the video shows Ariana with a scrapbook of her former loves.  She is also seen as a popular schoolgirl and cheerleader.  Keep your eyes open for cameos from Troye Sivan, Jennifer Coolidge, and Kris Jenner.

Backed by silky beats, colorful production, and sultry vocals, Ariana shouts out the men that have been a part of her life.  Big Sean, Ricky Alvarez, and most recently Pete Davidson, are mentioned by name.  Most notably, she expresses a heartfelt thank you to Mac Miller, calling him an angel. 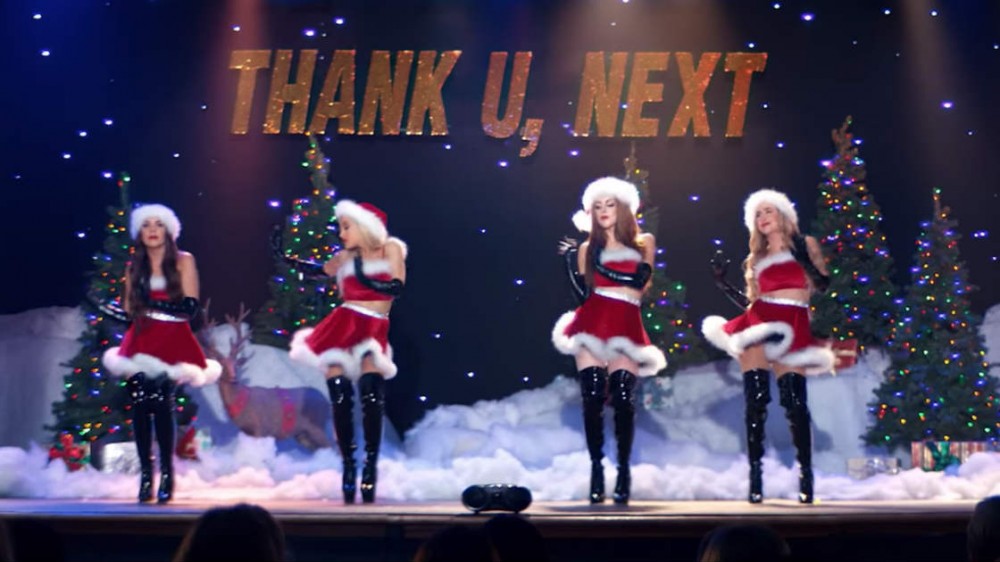 "7 Rings"
Ariana Grande (YouTube)
Music Hip Hop Pop Pop Rap R&B-Soul Ariana Grande Official Music Video
3
1101
Back to top
You must be logged in to upvote things.
Registration and login will only work if you allow cookies. Please check your settings and try again.