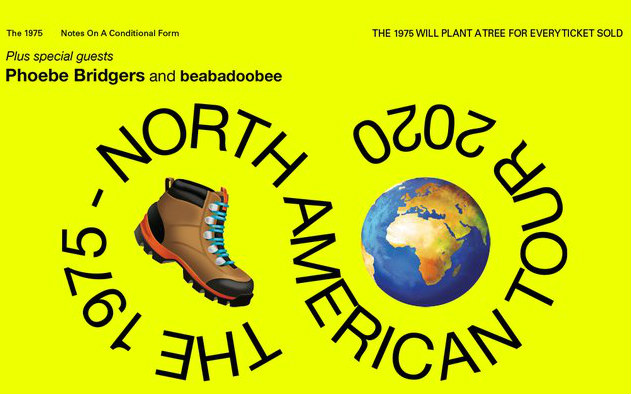 The 1975 have added to their tour plans, giving them 60 concerts scheduled into November of 2020

The newly announced North American shows are scheduled from April through June, with Phoebe Bridgers and/or beabadoobee as the opening acts on select dates. According to a statement, a tree will be planted for every ticket sold for these events. The 1975 are scheduled to tour Australia later this month, with the UK, Ireland, and Europe slated for later in the year.

The 1975 All Tour Dates and Tickets

When do The 1975 tickets go on sale and what is the presale code?

Chase cardholders can use the presale passcode 541712, but you will need the card to complete your purchase. The Live Nation presale password is MEMORIES, and the LN Mobile App code is COVERT. Keep in mind, each date is different and details are subject to change. Click through the individual concert links for more information about the show you're interested in.

We recommend following The 1975 on social media and signing up for their free email newsletter, in addition to checking your local venue, to get the most up-to-date information.

This week, the band released a new song titled "Me & You Together Song." The track will appear on the group's album Notes On A Conditional Form, scheduled for release on April 24.

For more, check out The 1975 Zumic artist page. 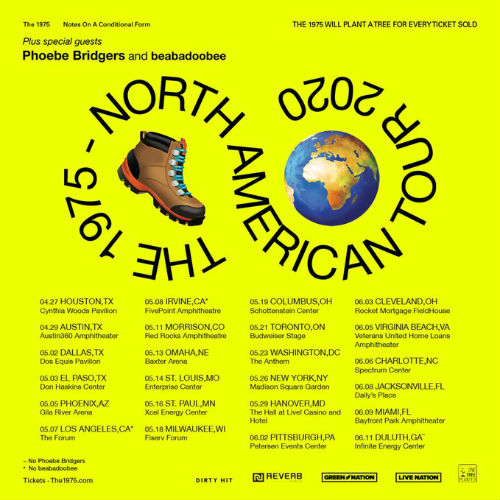 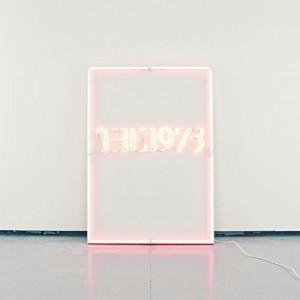 "I like it when you sleep, for you are so beautiful yet so unawar...
Music Electro Rock Pop Rock The 1975 Full Album Stream LP Manchester, UK
1
1016
Back to top
You must be logged in to upvote.
Registration and login will only work if you allow cookies. Please check your settings and try again.