Beginning on December 24 at 12:01 AM local time, Beatles fans will be able to stream their favorite albums and songs from the Fab Four. After days of rumors, the band officially announced the news through their website, social media, and the YouTube video above.

The list of available titles includes 13 studio albums and 4 singles compilations. They are:

The Beatles have controlled their own music licensing under the Apple Corps record label, which replaced an earlier company called Beatles Ltd in 1968. Over the years, Apple Corps and Apple Computer were in several legal fights, which kept The Beatles music off iTunes until 2010. It was then that EMI, The Beatles' parent record company, met with the head of Apple Corps to strike a deal.

Not everyone is a fan of streaming services though, as evidenced by Taylor Swift and Adele. Last year, Swift removed her albums from Spotify, although she was able to make a deal with Apple Music. Meanwhile Adele's record breaking 25 album is not available on any streaming platform.

In the last few years, Led Zeppelin, Pink Floyd, and AC/DC have joined streaming services after initially holding out. Here at Zumic, we are ecstatic that The Beatles will finally be available to stream. Not only is this great news for us, but future generations will be able to discover the incredible music that made a huge impression on us when we were kids.

Head over to the The Beatles Zumic artist page to stay informed on the group's latest music and news. 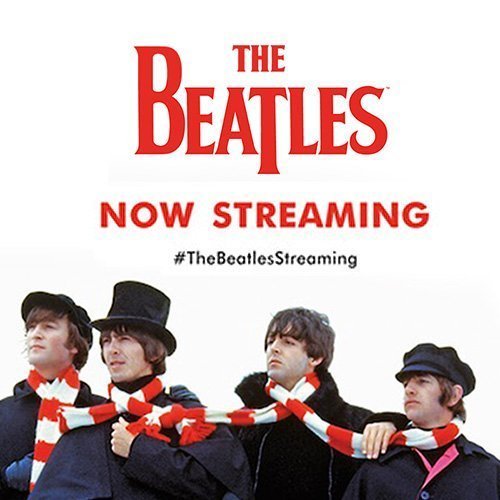