When Piper Chapman is finally assigned a bunk in prison, of course she ends up in "the ghetto." In this moment, we see Piper apprehensively walking past the bunks of more hardened inmates, only to find out that she must room with the no-nonsense Ms. Claudette. As Chapman walks toward her fate, we appropriately hear these lines from tUnE-yArDs' 2011 track: "What's a boy to do if he'll never be a gangsta? / Anger in his heart but he'll never be a gangsta." 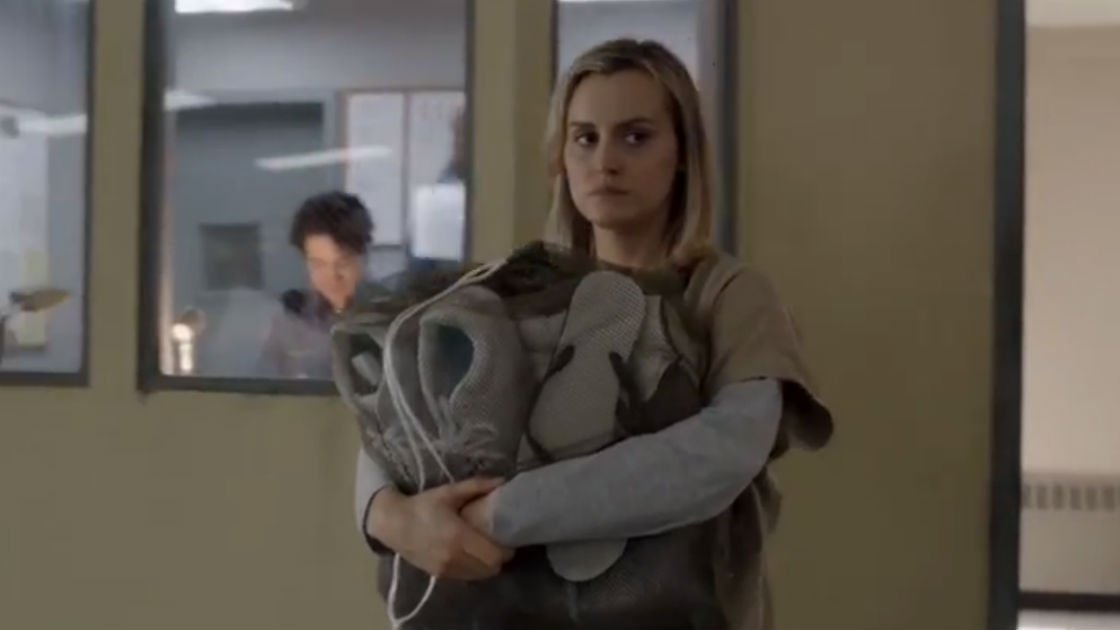 "String Quartet No. 13 in A Minor, D. 804, Rosamunde" – Franz Schubert in Imaginary Enemies

In Imaginary Enemies, we are given a closer look at Ms. Claudette's backstory. Before prison, she ran a cleaning business which employed young girls who just immigrated to America. Through a series of flashbacks, we see that Ms. Claudette is very protective of her girls, so when she finds out that one is being abused by a customer, she takes the young girl's job for a day and subsequently stabs the abuser to death. After Ms. Claudette kills the man, she is seen cleaning her weapon of choice with a serene look on her face, as Schubert's "String Quartet No. 13" plays quietly on the radio. 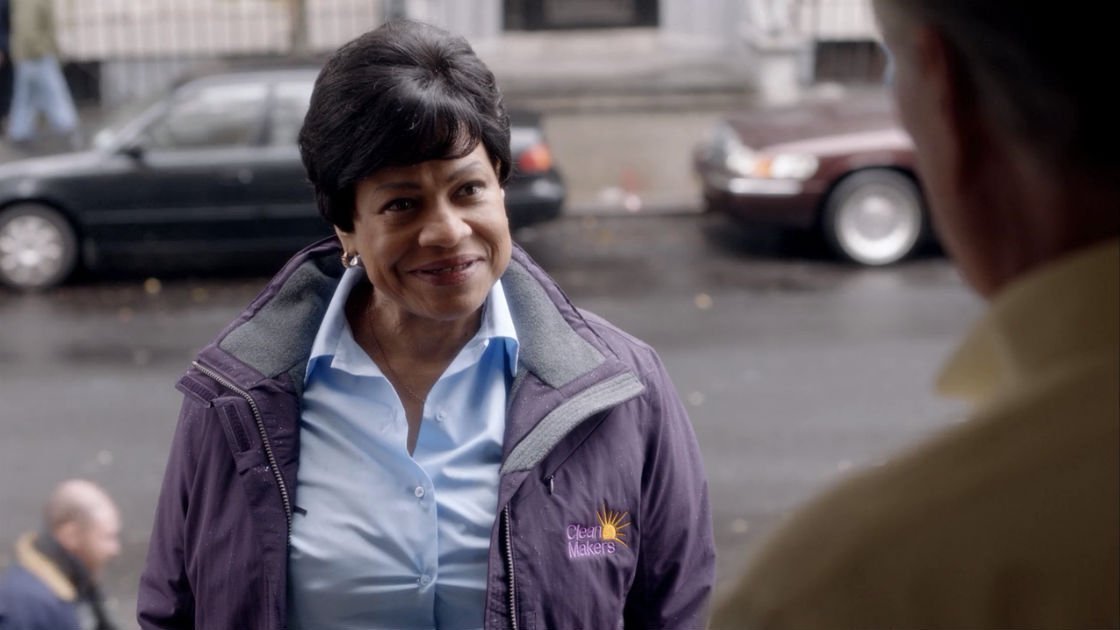 “Chicken” – Nancy Cassidy in The Chickening

It's no surprise that prison life can become quite monotonous after some time, so inmates must create ways to keep themselves busy. When a rumor goes around about a chicken filled with money somewhere on prison grounds, an all out scavenger hunt ensues. Throughout the episode, every time someone chases the elusive chicken, an instrumental version of Nancy Cassidy's "Chicken" plays. 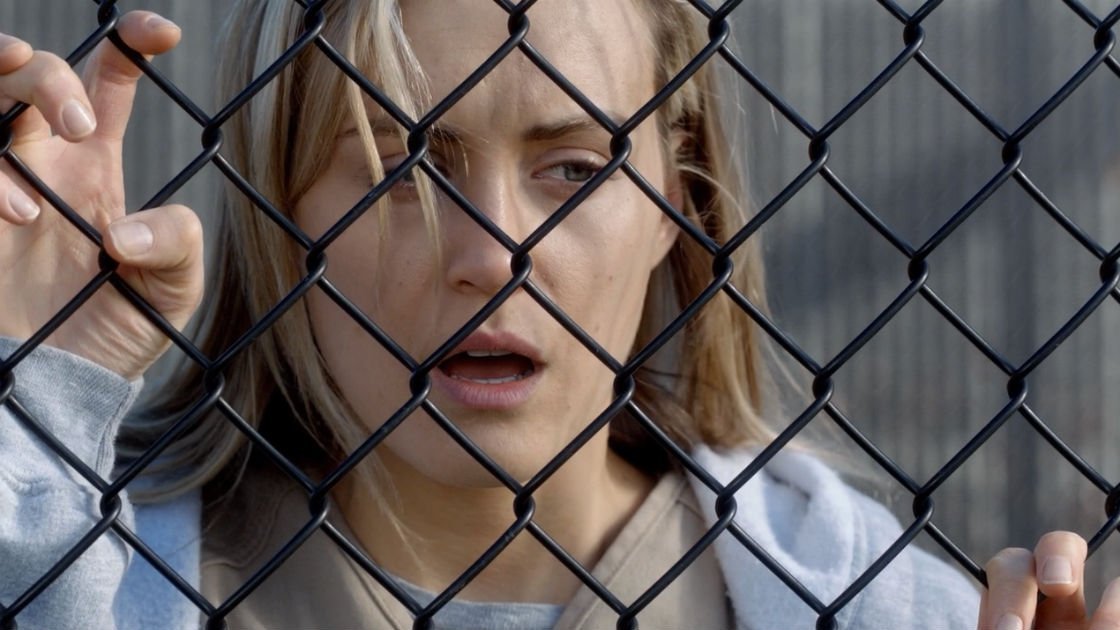 Fucksgiving is easily one of the most pivotal episodes of season one. Taystee finds out she's getting out of prison and gets an awesome going away party complete with Kelis' "Milkshake" on the party's playlist. 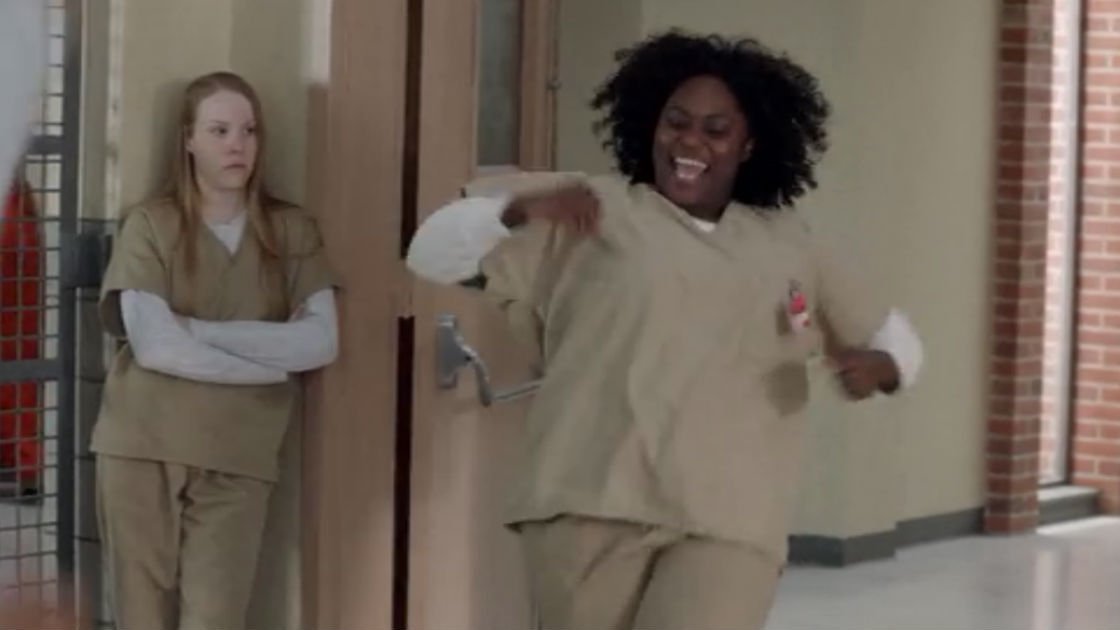 At Taystee's going away party, Chapman gets sent to the SHU (Security Housing Unit / Solitary) for participating in "lesbian activity" with her ex-girlfriend, Alex. After being released from SHU, Piper storms down the hall looking for Alex and the two engage in a steamy make-out session as "Walking Backwards" plays in the background. 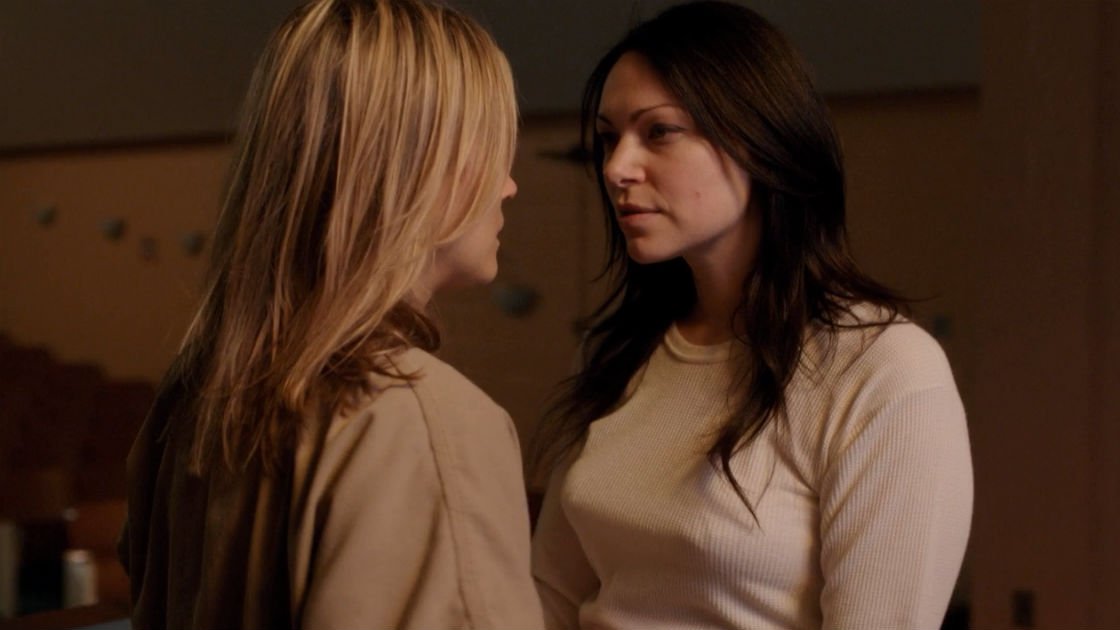 "I Saw The Light" in Can't Fix Crazy

At the prison's Christmas pageant, resident lunatic Crazy Eyes is supposed to sing the lead in a version of Hank Williams' "I Saw The Light," but she gets stage fright and has to be saved by the mute inmate, Norma. Besides Norma having her breakout moment, the song "I Saw The Light" is appropriate here because it's the moment in which Chapman finally stands up for herself and takes control of her unfortunate situation. 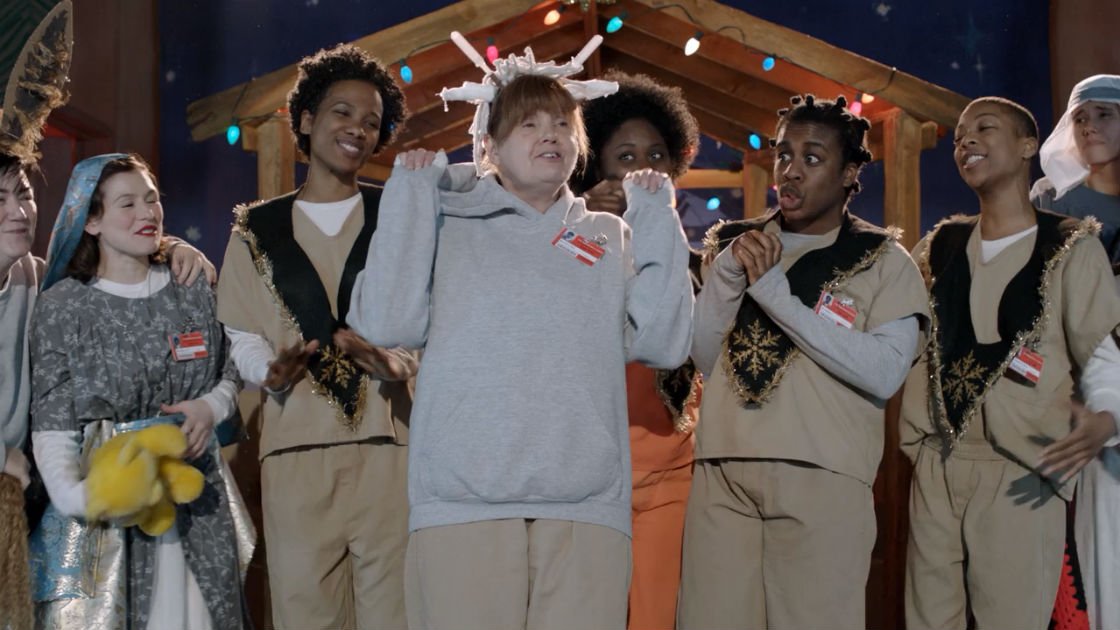 The Orange Is The New Black soundtrack is now available on Amazon featuring some songs mentioned above and much more. 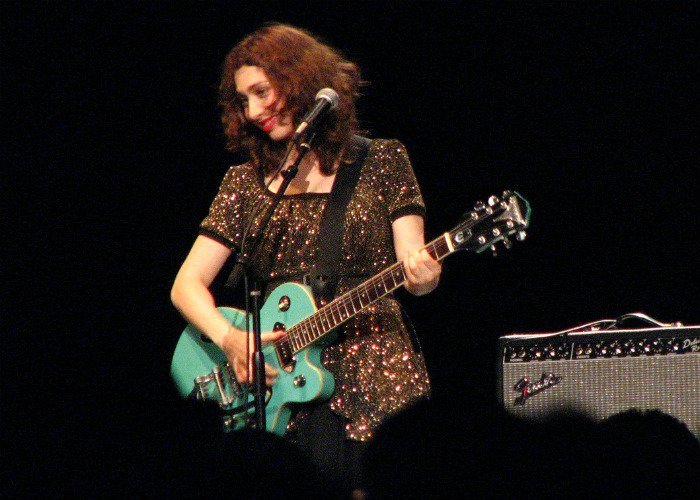 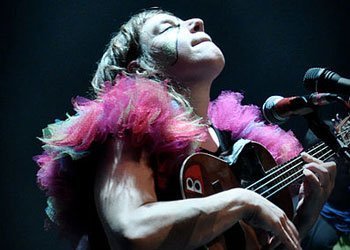 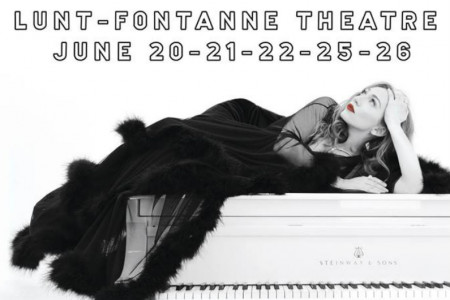 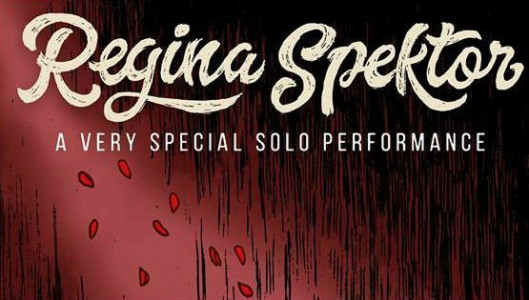