Fresh off the heels of TV on the Radio's bombastic new single, "Mercy," frontman Tunde Adebimpe gives us "The Blast, The Bloom," the first we've heard from his new Higgins Waterproof Black Magic Band project.

As with the other existing TVOTR side projects (Dave Sitek's Maximum Balloon and Kyp Malone's Rain Machine), Higgins Waterproof Black Magic Band doesn't sound too far removed from its frontman’s original band, but that’s not bad news for TV on the Radio’s many fans. Adebimpe's always-stellar vocals transport the gorgeous, sprawling "The Blast, The Bloom" to heights usually reserved for passenger jets, proving that he has the chops to carry a solo project.

Higgins Waterproof Black Magic Band will release their self-titled, debut EP on October 1st. Until then, the band will have a Sunday night residency at Brooklyn's Union Pool, so check them out if you are in the NYC area. 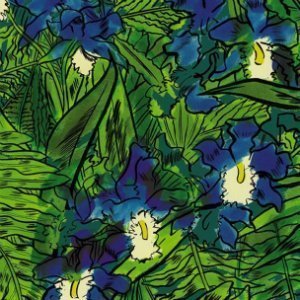 TV On The Radio 2015 Tour Dates & Ticket Sales
News Electro Rock Psychedelic Rock TV On The Radio
1
821
Back to top
You must be logged in to upvote things.
Registration and login will only work if you allow cookies. Please check your settings and try again.