Even late in their 30+ year career, San Francisco band Primus are still taking risks. Whether they're writing an album inspired by the 1971 film Willy Wonka & the Chocolate Factory, or working with musicians such as James Hetfield (Metallica) or Fred Durst (Limp Bizkit), the band is not hesitant to experiment and go beyond the norm.

Such is the case with their ninth studio album, The Desaturating Seven, released today through ATO Records. The LP features seven songs covering just under 35 minutes.

The Desaturating Seven was inspired by Ul de Rico's 1978 book 'The Rainbow Goblins.' In an interview with Rolling Stone, frontman Les Claypool detailed how the album came about:

I remember being incredibly impressed with the artwork and the storyline and the content and the message, and I thought, "Wow, this would make a great piece of music..." As I'm getting older, I'm realizing I need to start knocking some of these things off my list. So we did the Willy Wonka soundtrack a couple years back, and this was a project I wanted to do.

It might seem like a daring concept to pull off, but Primus is a band that can execute their lofty aspirations with a sense of creativity and flexibility. "The Seven" finds the band employ a prog rock groove behind Claypool's adventerous vocal delivery. "The Scheme" features some of Claypool's most "slappy" bass playing, and the nearly 8-minute "The Trek"  lends a choppy psychedelic vibe to the storytelling lyrics.

The Desaturating Seven is currently available on Amazon. You can also stream the full album above for free, via Spotify. Primus will be heading out on a North America tour beginning in October. For concert tickets and more, check out the Primus Zumic artist page. 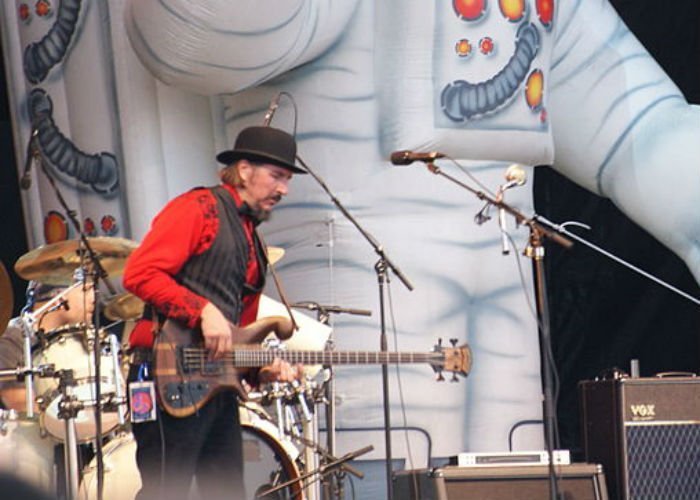 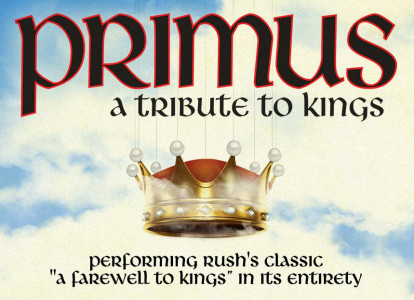