Dream Theater has just premiered their new single "The Enemy Inside," from the progressive rock band's upcoming self-titled 12th studio album, due out September 24th. "The Enemy Inside" starts with a minute long intro before launching into an uptempo track featuring a pounding drum and chunky guitars. After an unexpected keyboard breakdown, they launch into an unrestrained 30 second guitar solo.

Dream Theater's previous album, 2011's A Dramatic Turn of Events, earned the band their fist Grammy nomination for the lead single, "On the Backs of Angels." From the sound of "The Enemy Inside," Dream Theater could perform similarly. The album contains nine songs and will be released via Roadrunner Records. Dream Theater will come in a number of formats, including a deluxe edition CD, double vinyl, and a limited box set.

In a statement, guitarist John Petrucci talked about the new album:

I see every new album as an opportunity to start over. To either build or improve upon a direction that has been evolving over time or to completely break new ground. This is the first self-titled album of our career, and there is nothing I can think of that makes a statement of musical and creative identity stronger than that. We've fully explored all of the elements that make us unique, from the epic and intense to the atmospheric and cinematic. We're incredibly excited about Dream Theater and can't wait for everyone to hear it.

The band will tour next year, starting in Europe in January, and turning to North American in March. 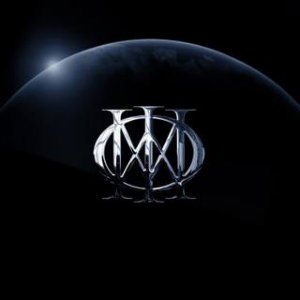