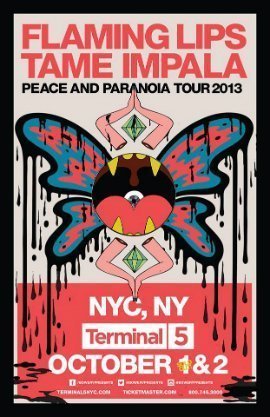 "...and I think to myself, what a wonderful world."

Louie Armstrong's classic tune rippled out of the house PA system after The Flaming Lips, along with Tame Impala, ended their show Tuesday night at Terminal 5 that I overheard a few people say was the best they had ever attended. I can definitely understand why. I've seen The Flaming Lips a couple of times in various venues over the years but this show was over the top excitement and musical creativity from start to finish.

After the first opening band of the night (Ghost Of A Sabre Tooth Tiger) exited the stage, there was a sudden rush on the floor to get in position for Australian psych rockers Tame Impala. They've been creating a major buzz since their critically acclaimed 2012 album Lonerism. Wikipedia appropriately describes the group as "a steady flowing psychedelic groove rock band that emphasizes dream-like melody." On this night at Terminal 5, they were firing on all cylinders.

The band took to the stage around 9pm to a full venue. I had never seen them before so I was excited to see them perform live. A dreamy keyboard intro opened the bands first song and minutes later the band had the crowd clapping along to the beat. "Thank you NYC! You're a better crowd than Boston," confessed lead vocalist Kevin Parker midway through the set. He then asked if we were ready to get our brains assaulted by The Flaming Lips. This led to an explosive cheer from the crowd.

Their well known hit songs like "Elephant" and "Feels Like We Only Go Backwards" were as good as the album versions, if not better. You could hear hints of Cream's guitar sound and heavy drums throughout the set, including a "Sunshine Of Your Love" lick at one point during an extended jam. There were also modern effects on virtually all the instruments, from the vocals and guitars to the drums. Very psychedelic. During one of the last songs there was a video projection behind the band of a winding, desolate road, creating a sense of the viewer embarking on a long journey. They ended their one hour fifteen minute set impressively and I would imagine made a lot of new fans, including me! 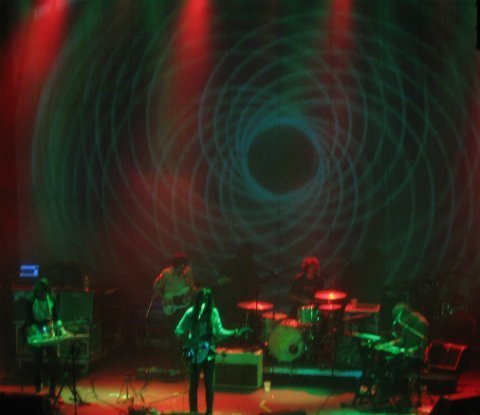 Wayne Coyne came on stage before the set began to throw a handful of glitter into the front rows. The stage setup was very unique in that it was completely covered in ropes and Wayne's mic stand was easily two feet off the ground, mounted on top of shiny giant balls. 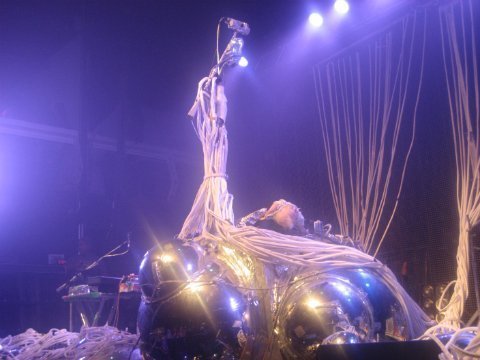 The opening song, "Look...The Sun Is Rising," blasted the crowd with fluorescent lights and a giant sound from the instruments. After the second song, Wayne said of all the shows the band has played in NYC this was the coolest show they've ever played. The mood of each song was accompanied with the stage lightning; red, green, and purple all contributed an aura to match the song. It did not take long until one of the band's favorite props, confetti, was showered all over the fans and it continued to rain confetti throughout the following song. 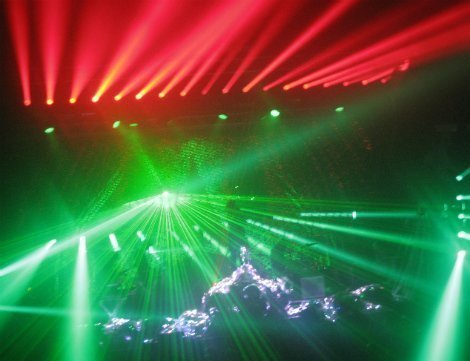 It seemed like Wayne and fellow band mates had just started their set when they waved and left the stage, which signified encore time. The NYC crowd yelled them back on and it worked. "Do You Realize" always has been a fan favorite so the band decided to close out the show with this 2002 gem off the album Yoshimi Battles the Pink Robots

For the latest music, news, and tour dates from The Flaming Lips and Tame Impala, check out their Zumic artist pages.

Below is a video clip of a heartfelt confession Wayne Coyne made to the crowd as well as more pictures from the show: 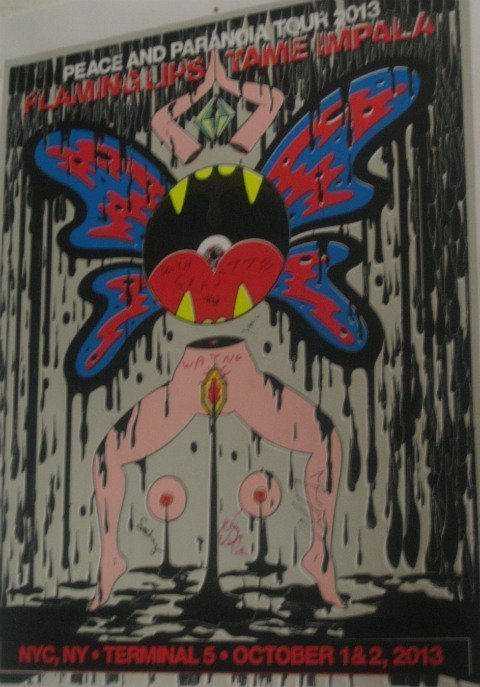 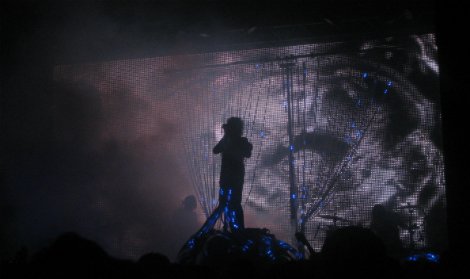 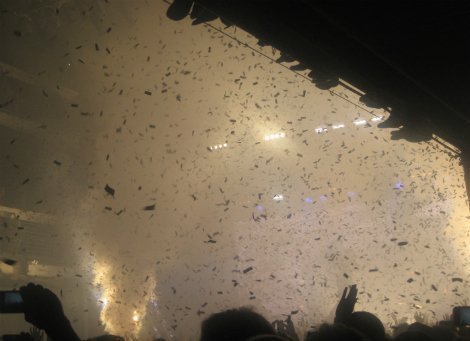 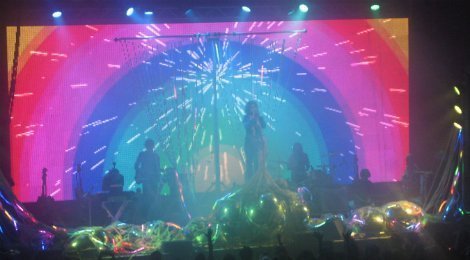 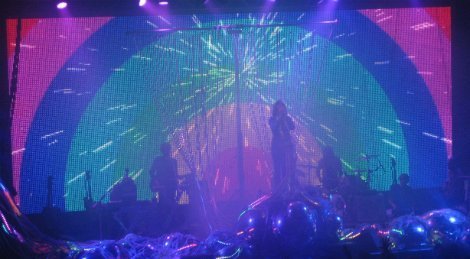 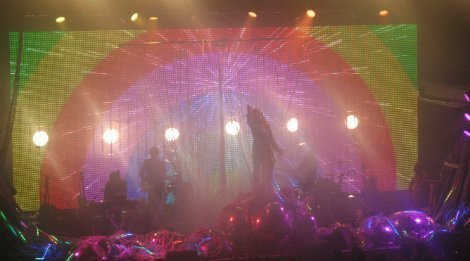 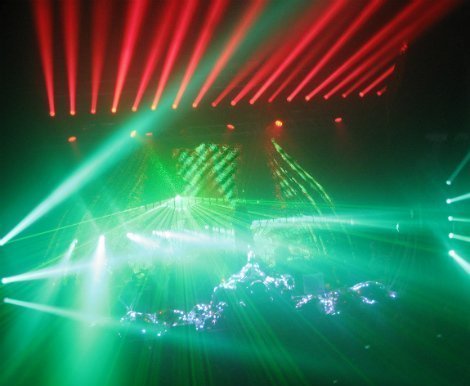 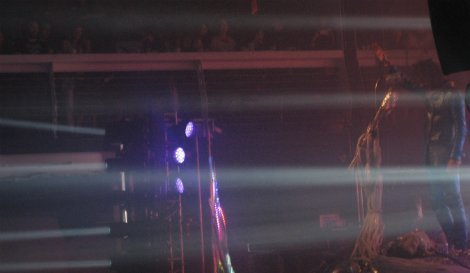 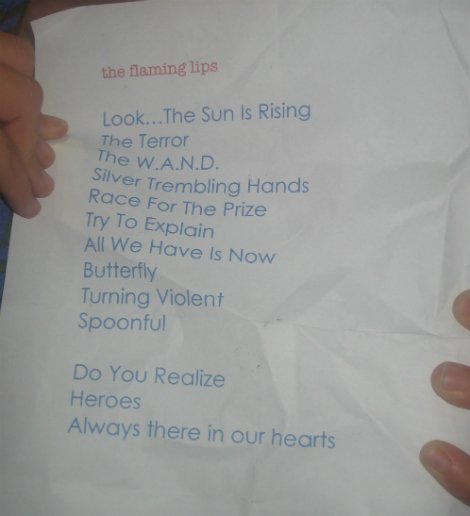 Tame Impala Extend 2020 Tour Dates: Ticket Presale Code & On-Sale...
Tickets Indie-Rock Psychedelic Rock Tame Impala
3
6913
Back to top
You must be logged in to upvote things.
Registration and login will only work if you allow cookies. Please check your settings and try again.