The Flatliners At The Studio At Webster Hall 6.2.13 [Live Review And Pictures] 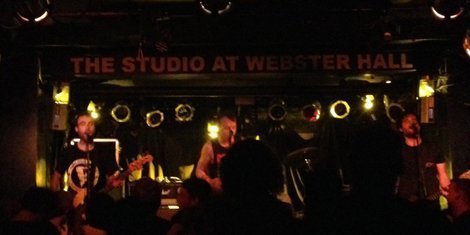 About a year after a friend recommended I check out The Flatliners I finally got around to doing so, and I regretted not doing it sooner. As a long-time punk rock fan I was excited to find something with a little more rage/oomph. Though they've apparently been around for 10 years, and I'm just late to the game.

Anyway, I was even more excited to learn that they would be playing in New York soon, and I got to listening to the albums over and over to learn the songs, because everyone hates going to a show and not knowing what's going on. Yesterday the show finally came and I can say it was definitely worth it.

I will skip over the opening bands for the most part, though I will say that Lugosi, Astpai, and The Holy Mess were fine. They provided a suitable amount of energy-ramping, especially The Holy Mess, who had the hardcore scream-vocals down, but perhaps spent too much time talking in between songs. But when your songs are two minutes long or so, this makes some sense.

So let's jump to the headliners. And please forgive the photo quality, as iPhones are not exactly professional quality and getting closer would have meant traversing the pit, which seemed to only allow dudes over 200 pounds in. This would have further impeded my photography.

The Flatliners emerged (after setting up their own equipment and going backstage to make a proper entrance. No roadies, how punk rock!) and after a quick word launched into "Filthy Habits." The energy never really went down from that point, as they only have a handful of slow songs. Despite the show being relatively small, somewhere between 100 and 200 people, the energy was enough for a few thousand. The pit was violent, the crowdsurfers were plentiful (too plentiful), and the room was humid, to say the least. 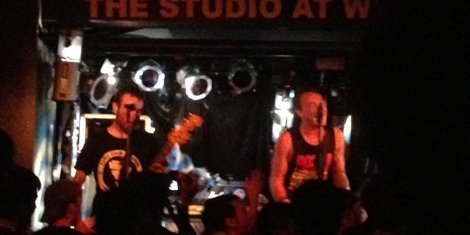 I couldn't tell you the entire setlist, because I didn't write it down at the time, and there were one or two I didn't recognize. But they hit the ground running and never stopped, except when the microphone stands were kicked into their faces by crowdsurfers, which happened a higher-than-average amount of times. And rather than get angry about this, their overwhelming need to be polite due to their being Canadian took over and they merely suggested that the crowd "improve" at crowdsurfing and "just get better maybe?"

Well, they played all the songs everyone wanted to hear, or at least the ones I did. I didn't take any video because the iPhone recording would probably bastardize the sound and could never convey the presence of the band, but I can attest that I probably have some hearing loss. Just to get a feeling for it, here's my particular favorite song, "Mother Teresa Chokeslams the World."

And while many bands sound significantly different live, The Flatliners remained as clear and tight as the recording, which in this style is certainly an achievement.

Other songs played (so you know what you missed out on) include "Carry the Banner," "Here Comes Treble," "He Was a Jazzman," "Count Your Bruises," and a solid encore performance of "K.H.T.D.R."

We emerged from the show after a blistering hour-and-a-half(ish) set into a sudden downpour, which was almost as wet as inside the show. My ears are better now, or maybe I just don't know that they aren't. But it's good to see that punk isn't dead, no matter what they say.

Check out The Flatliners' website to see when the tour comes to your city. 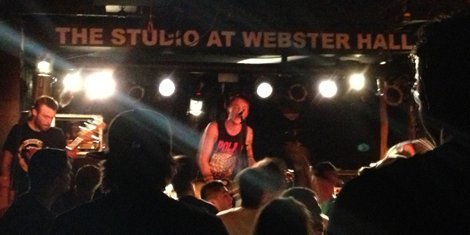 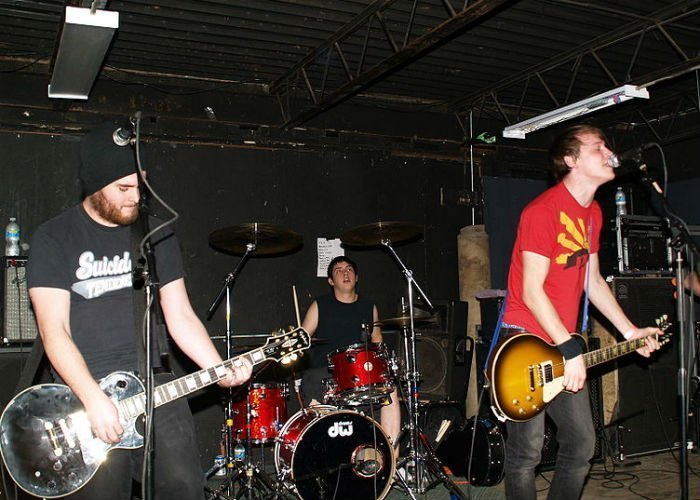 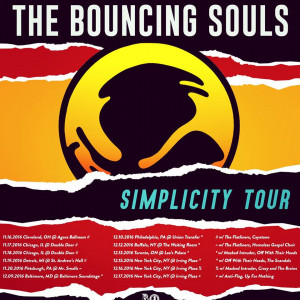 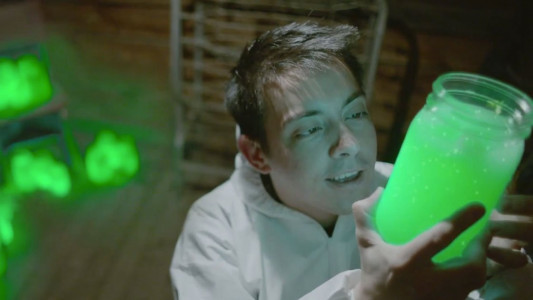 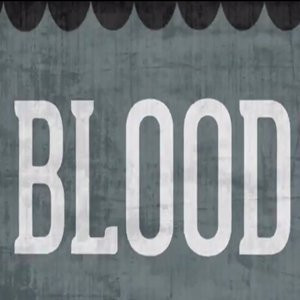 "Drown In Blood" - The Flatliners [YouTube Official Lyric Video]
Music The Flatliners Ontario
1
555
Back to top
You must be logged in to upvote.
Registration and login will only work if you allow cookies. Please check your settings and try again.