The newest single from Eminem's MMLP2 is a hard hitting track called "The Monster" featuring Rihanna on the chorus. Watch the official YouTube video above.

It's an introspective look at Eminem's personal struggles and rise to popularity as the most popular rapper in the world. Probably the best pop hook we've heard on a new Eminem song yet, and it's almost certain to get a lot of radio airplay. The production is really top notch.

Lyrically, it's a far cry from the classic songs that made the world love / hate him in the late '90s. "The Monster" isn't fleshed out with the kind of graphic language and violent imagery that set Marshall Mathers apart from the rest of the rappers out there. "Bruce Lee of loose leaf" is a pretty good line, but this song plays more like Requiem For A Dream than Enter The Dragon. Eminem is being true to himself and where he is in life right now. He deserves respect for that.

Listen to The Marshall Mathers LP 2 right here on Zumic. 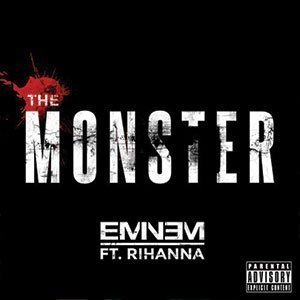 "Walk On Water"
Eminem ft Beyoncé (YouTube)
Music Hip Hop Beyoncé Eminem Detroit, MI
4
1730
Back to top
You must be logged in to upvote things.
Registration and login will only work if you allow cookies. Please check your settings and try again.