To cap off his second to last episode helming CBS's Late Show, David Letterman hosted the one and only Bob Dylan for a musical performance of "The Night We Called It A Day" from his 2015 Frank Sinatra tribute album, Shadows In The Night.

Dave starts off with a very sweet introduction. He talks about teaching his son Harry the two most important things in the world: 1) Be nice to people and 2) The greatest songwriter in modern times is Bob Dylan. Hard to argue with that.

As for the performance, Dylan and his band lay down a gentle version of the tune which was originally written by Matt Dennis and Tom Adair in 1941, and later Frank Sinatra's first solo recording in 1942. The mood and subject matter fit the setting perfectly, as David Letterman will officially be calling it a day behind The Late Show desk tonight after 33 years as a fixture on late night television.

Shadows In The Night is currently available on Amazon (Vinyl, CD, MP3). 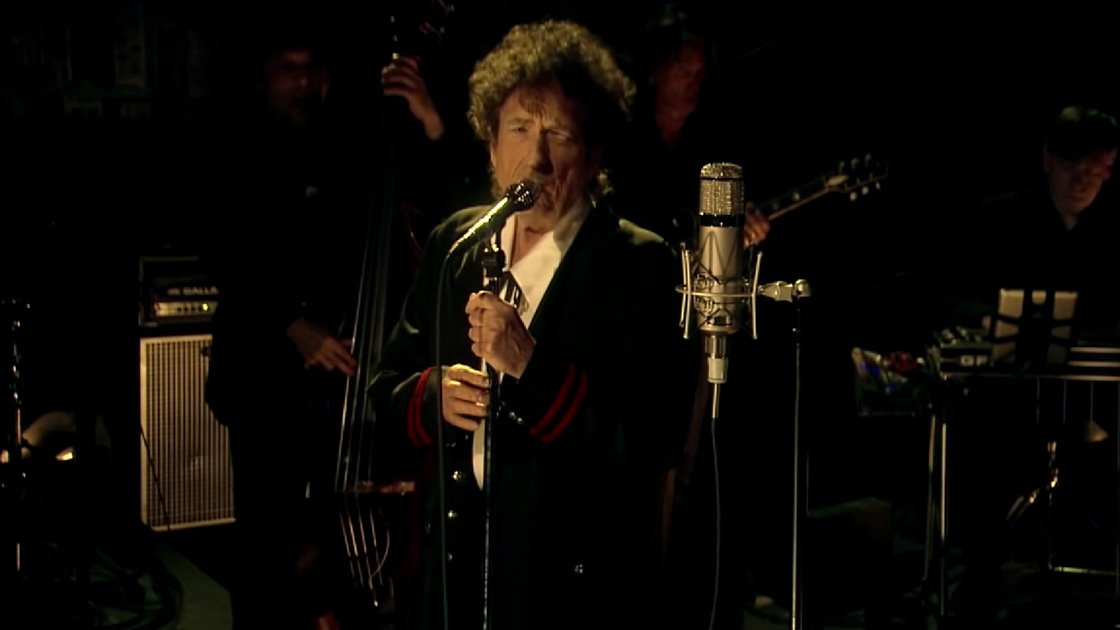 Bob Dylan Plots 2020 Tour Dates: Ticket Presale Code & On-Sale In...
Tickets Classic Rock Folk Folk Rock Singer-Songwriter Bob Dylan Nathaniel Rateliff & The Night Sweats
2
2409
Back to top
You must be logged in to upvote.
Registration and login will only work if you allow cookies. Please check your settings and try again.