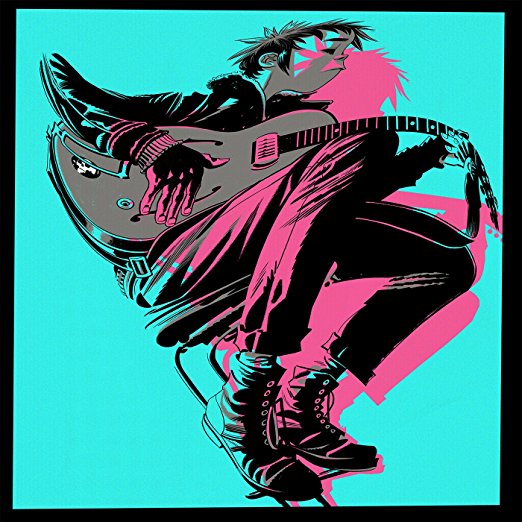 The Now Now is a deeply personal record that focuses on the experiences of frontman Damon Albarn.   Showcasing few collaborators, this new LP provides a stark contrast from last year's Humanz, which had a featured artist on nearly every track.

In an interview with Zane Lowe, Albarn said The Now Now is "really emotional and I think it's a real summer record."  He also revealed that the record was co-produced with James Ford, who also performed drums, bass, guitar, and synthesizer during the recording process, saying, "I've never worked with him before and well, we immediately sort of hit it off, it was really fantastic, I mean it spurred it for me, I really enjoyed working with him, I'd love to work with him again."

All that positivity comes through in the album, which balances the trademark darkness of the Gorillaz with more upbeat grooves and bright tones.  Most of the songs, notably "Humility" and "Lake Zurich," project synthesizers as lead instruments.  However, the keyboards never overstay their welcome, as they offer a variety of atmospheric textures that drive each number.

Albarn's presence as lead vocalist dominates the album, making this more personal than 2017's Humanz.  His charismatic long drawls, spoken word, and energetic bellowing are reminiscent of the late David Bowie.  The mix of elegant delivery with raw emotion is captivating.  Featured guest artists have been a staple in Gorillaz albums going back to the self-titled debut in 2001, and this LP continues that.  Legendary artists Snoop Dogg and Jamie Principle add to the album's diversity by contributing flavors of rap and house music while jazz guitar virtuoso George Benson takes flight with beautifully executed licks and fills.  The LP blends those genres with rock and pop, bringing something new to the table with each song.

Through his lyrics,  Albarn exposes intimate thoughts that reflect his own struggles.  Despite the party vibes of "Hollywood," the song discusses the enticing temptations that come with fame.  "Kansas," a slow and solemn track, expresses feelings of helplessness and regret with lines such as, "Am I incapable of healing? / The memory of my fall from grace in your heart."  The hypnotizing "Fire Flies" features passionately apologetic pronouncements, "I'm love drunk, I'm sorry / Am I losing you?"

When compared with the band's previous work, The Now Now is most similar to Plastic Beach — released in 2010.  Both records embrace a poppy, synth-laden style, and Snoop Dogg makes appearances on both.  Additionally, "Souk Eye," the final track, is comparable to Plastic Beach's "Empire Ants," as both songs make effective use of lush guitar before building to a climax through layering.  In addition, "Humility" and "On Melancholy Hill" are relatable in their catchy melodies and sunny instrumentation.  Comparisons have also been made to The Fall because both albums were written on tour and song titles give nods to different locations in the United States where the tunes were inspired.

Ultimately, The Now Now is an introspective album that replaces the dystopian commentary of Humanz with more down-to-earth and soul-bearing material.  While it may not be as musically expansive as the band's earlier releases, the LP is still a provocative look into Albarn's world.  There may not be a big radio hit like "Clint Eastwood" or "Feel Good Inc." but this may be the most satisfying listen of any Gorillaz album from beginning to end.

Our favorite songs are "Humility," "Tranz," "Hollywood," "Sorcererz," "Idaho," "Luke Zurich," "Fire Flies," and "Souk Eye," but we don't think there is a weak track on the whole record.

The Now Now is available on Amazon and most major streaming services.  You can stream the full album below on Spotify. 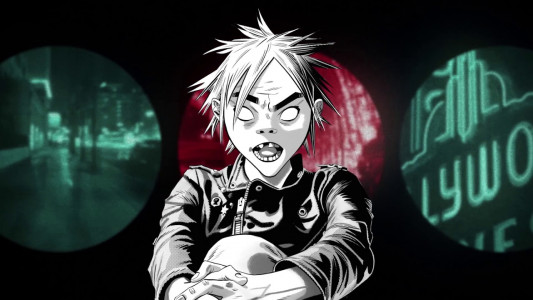